MALAWI: We will win election—Chilima

Chilima said the alliance will not fail and is destined to bring change hence the need to vote for it if Malawi is to see meaningful change. 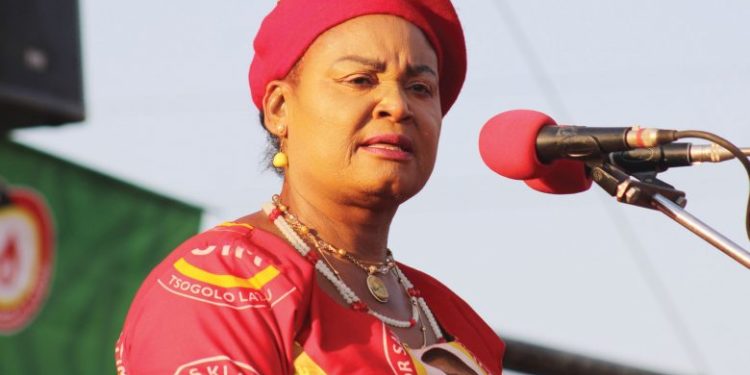 State Vice President and Tonse Alliance running mate, Saulos Chilima, yesterday said the alliance is poised to win the court ordered fresh presidential election, saying those currently governing should not be hoodwinked by the outcome of the nullified election.

“We will win the election. In the last Tipp-Ex election, they said Chakwera got 1.8 million votes and I got one million adding that together is 2.8 million. No rigging will take place in this is election,” he said.

Chilima said Tonse Alliance wants to ensure that every citizen receives reliable social services and development that accessible to all.

He then condemned acts of violence ahead of the election, claiming that the perpetrators would want to frustrate election preparations.

Speaking earlier, Member of Parliament (MP) for Kasungu Central Ken Kandodo said Kasungu has been deprived of so many development projects, including other social services, under the current administration.

“Presidents come here and pledge a lot but nothing materialises. We gave Parliament K15 billion loan facility for youth and women but DPP (Democratic Progressive Party) wants to share among themselves. I am Chairperson of Public Accounts Committee; we will not allow this to happen because this is tax payers’ money,” he said.

Deputy speaker of Parliament Madalitso Kazombo said tobacco farmers are failing to improve their livehoods due to unreasonable prices that are offered on the market.

“Poverty is rising due to theft in government,” he said.

Citizens for Transformation Movement Commander-in-Chief, Timothy Mtambo, said Malawians have suffered for a long time and it is time to bring closure to the tribulations by voting for the alliance.

“We have found that the leadership of Chakwera and Chilima is the one that will bring change,” he said.

Tonse Alliance is also expected to hold another rally today in Lilongwe.

In March this year, MCP and UTM announced their coming together to form an alliance, at a ceremony that was held at Kamuzu Institute for Sports.

Since then, more parties have joined the alliance, which also recently unveiled the Chakwera and Chilima partnership for the presidential ballot in the coming election.