The Minister of Labour and Employment, Sen. Chris Ngige, stated this in Abuja while addressing journalists at a meeting with the National Association of Resident Doctors (NARD) leadership on Monday. 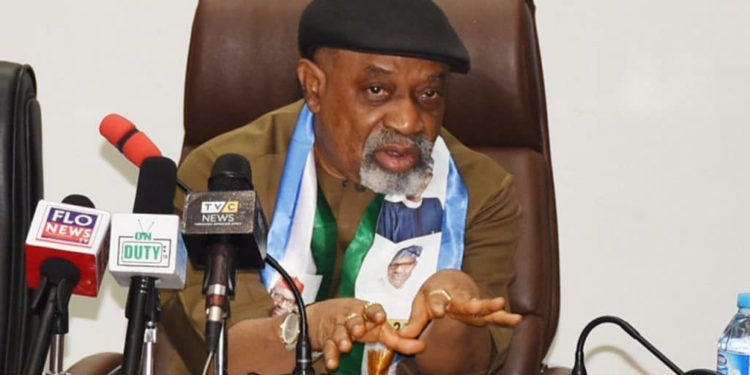 The Federal Government says it has so far spent N15.8 billion on hazard allowances in its teaching hospitals and medical centres across the country.

The meeting was held to assess the level of implementation of the Memorandum of Understanding (MoU) entered by both parties and to prevent strike threat by health workers.

“The Federal Government has so far spent N15.8 billion naira for hazard allowances in its teaching hospitals, medical centres and some other non- COVID-19 facilities where doctors have also been treating virus cases,” he said.

“The affected medical personnel will also draw their normal salaries and other allowances,” he stated.

Ngige further said that the June allowances were still outstanding because the budget has been affected by developments not originally captured, such as pay for house officers, interns, NYSC doctors and volunteers.

He, however, added that the Government was already liaising with the Presidential Taskforce to sort things out, especially for volunteers.

Ngige said, “We noticed that the subhead captured in the service-wide vote would need some amendment by the Budget Office in liaison with the National Assembly to handle the problem, so that implementation can start as soon as possible.

“President Muhammadu Buhari at every time, remembers and thanks to you for the immense sacrifice you make for the nation and firmly believes that nothing is too much to do for you to show appreciation.

“Government will do more to protect the health of our people.”