“This victory does not belong to me, but to the men and women of Zambia.” — Hichilema

The incoming president captured the hope of the nation, especially the youth who propelled him to victory 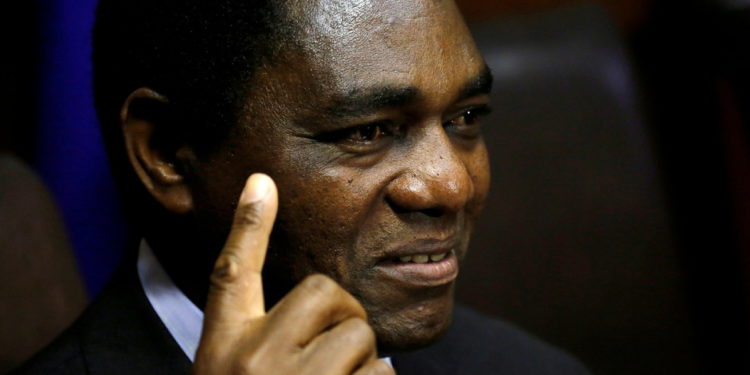 Hakainde Hichilema, Zambia’s newly-elected president, was sworn into office on Tuesday, after defeating incumbent Edgar Lungu by almost a million votes in the recently held elections. Hichilema was sworn in alongside Mutale Nalumango, his running mate, who becomes Zambia’s second female vice-president.

The incoming president captured the hope of the nation, especially the youth who propelled him to victory, in his address when he said that his party’s triumph heralded a new dawn for Zambians.

“This victory does not belong to me, but to the men and women of Zambia. You came out in large numbers, with great energy and passion, and you sent a clear and resounding message that has reverberated around the world. It is time for change,” Hichilema said.

Others present were presidents from Namibia, Mozambique, Democratic Republic of Congo, Botswana, and Malawi. In a break from tradition, Hichilema also invited key opposition leaders from the continent, including Zimbabwe’s Nelson Chamisa and Kenya’s Raila Odinga.

In what was hailed as a smooth transfer of power, former president Lungu, who attended Tuesday’s inauguration, said the swearing in has added to Zambia’s enduring legacy as a democratic country, which started with the founding president, Kenneth Kaunda.

In a farewell statement to Zambians released on Monday, Lungu said Zambians must all be happy that even after a highly contested election, it is the Zambian people who won and it is peace and unity that triumphed.

“Zambia, tomorrow you welcome your new president and open a new chapter for the country, and my prayer is that this new chapter will be filled with hope and fulfill the aspirations of all citizens, building on the foundation we laid,” Lungu said.