Patriots have turned their attention to the 2020 Basketball Africa League (BAL) finals tournament after retaining the domestic league title for the third year running over the week. 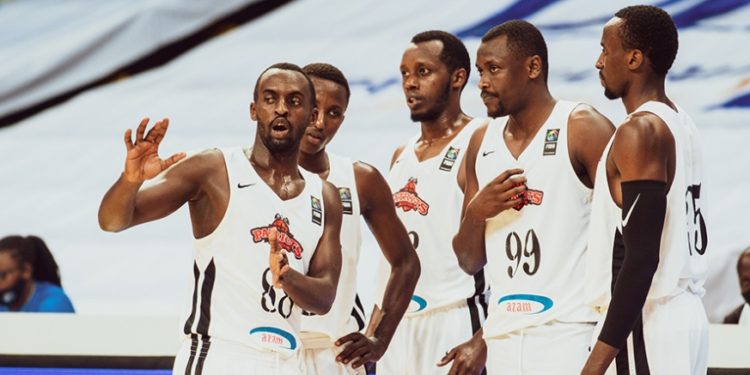 Dean Murray’s side romped to their fourth championship on Saturday following an effortless 76-61 win over Rwanda Energy Group in the final at Kigali Arena.

Thanks to their victory, Patriots did not only pocket Rwf2 million as prize money for the champions, but they also, again, automatically secured the lone slot to represent the country in next year’s BAL — the tournament’s second edition.

In an interview with Times Sport, Patriots skipper Aristide Mugabe said that ‘it was not an easy job’ considering that the league was condensed into one week after over 7 months of break due to the Covid-19 pandemic.

“It was a difficult mission to accomplish given that we were out of action for 7 months. I congratulate my teammates and coaches for owning it up and fighting so hard to win the league title once more,” said the former national team captain.

However, despite his side’s league success, Mugabe stressed that there is no time to relax.

“We have to immediately start thinking about the BAL tournament, the league helped us to warm up and observe areas of improvement. The challenge ahead is more meaningful.”

Patriots could enjoy the home advantage during the highly anticipated inaugural BAL finals as, according to sources, Rwanda will be hosting the tournament in December.

The Basketball Africa League is a joint project between the world basketball governing body (Fiba) and the National Basketball Association (NBA). It is the first professional league run by NBA outside North America. Jordan Brand will be exclusive outfitter of the competition.

In a separate interview with this publication, Patriots team manager, Claude Mukurarinda, said that the players will take a few days of rest before reporting back to training.

“It was a very intense week in the bubble, the lads will have a few days to rest before we report back to training. We should represent our country in the best way possible, so BAL preparations should start very early.”

Patriots sealed their ticket into the finals tournament of the maiden BAL edition last December after going nine games unbeaten in the two-round qualifiers.

This publication understands that the 2020 BAL will start in the second week of December and last for two weeks at Kigali Arena.

The tournament comprises 12 clubs from 12 different African countries, and Patriots will be the sole team in the East African region.