Kenyan athletes for the Tokyo Olympics have been sparing no effort to prepare for the Games despite impact of the novel coronavirus pandemic. 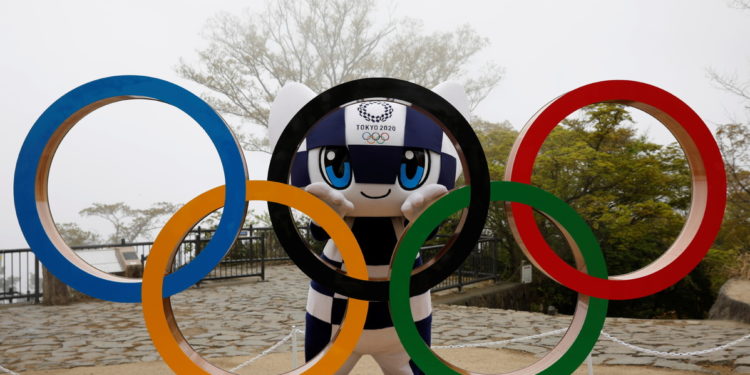 One such athlete is Ferdinand Omanyala, a sports star who will be representing the country in the 100-meter sprint.

Omanyala joined sports as a rugby player before switching to athletics. That is why during the lockdown period when the main sporting arena at the Moi International Sports Centre Kasarani was inaccessible, he relied on his rugby club training grounds to keep fit as he prepared for national qualifiers to represent his country.

The bachelor of science student at the University of Nairobi has had a rough ride to the qualifications besides the restrictions introduced by the pandemic. After ditching rugby for athletics in 2015, Omanyala was found guilty of an anti-doping rule violation for using a prohibited substance by the Anti-Doping Agency of Kenya and served a 14-month ban.

However, he served his ban but kept training and that is why he stunned the country when he ran a Kenyan national record of 10.02 seconds in the men’s 100 m qualifier to punch his ticket for the Tokyo 2020 Olympics in emphatic fashion.

“I have personally learnt from my past mistakes, I served my ban and I learnt so much from my experience. I am still in cloud nine honestly. The postponement of the Olympics has truly been a blessing in disguise. I now have a qualifying time as much as I am facing this huge obstacle. The first thing is always to prove yourself,” Omanyala told local reporters on qualifying for the Olympics.

Despite athletics being Kenya’s forte at the games and though Omanyala crossed over from rugby to athletics to have a stab at the Olympic Games, the country’s rugby team is no pushover and will also be representing the country at the Tokyo 2020 Olympics.

Andrew Amonde, who was part of the Kenyan rugby team that participated in their Olympic debut at Rio 2016 in Brazil and who will be the captain in this year’s games, said having a second chance to go to the Olympics is something that the team holds highly because they know the kind of work they need to put in to be able to win a medal.

The accomplished player, who has announced that he will retire from international engagements after the Olympic Games in Tokyo, hopes that he can bow out in glory by leading his team to win a medal in the upcoming games. He said that despite the pandemic deeply impacting their preparation he believes the lessons learned from Rio 2016, where Kenya finished 11th out of 12, will stand them in good stead for the challenges ahead.

Amonde said that they face an exciting pool at the Tokyo Olympics where they aim to reach the knockout stages. The Kenya sevens team will face South Africa, USA and Ireland in Pool “C” of their sevens rugby tournament at the Olympics.

“Our main focus is doing what we are good at and at the end of the day getting the results we want. Somewhere a giant must fall. We have met these teams before and beaten them all,” Amonde said.

The National Olympic Committee of Kenya has said it is expecting to send a record 100 athletes to this year’s Tokyo 2020 Olympic Games. The country will be presenting teams to compete in athletics, boxing, rugby sevens, swimming, taekwondo and volleyball. Kenya brought 89 athletes in seven sports to the Rio 2016 Games, winning their best medal haul to date with six gold, six silver and one bronze.