The former Ajax goalie was said to have refused to adhere to instructions given to him by Song which made the coach booted him out of the squad. 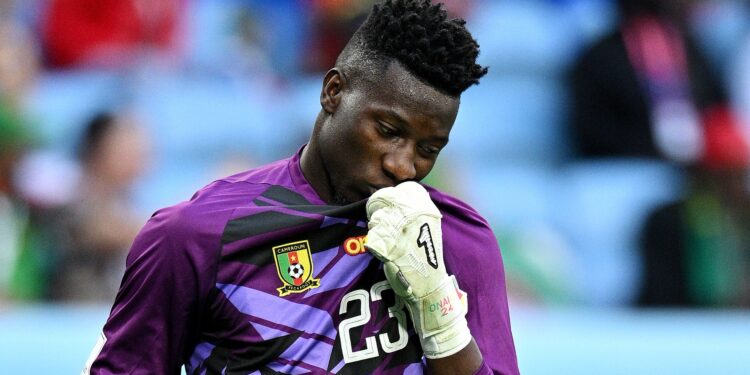 Cameroonian goalkeeper, Andre Onana has finally spoken for the very first time after his exit in the national squad currently campaigning at the 2022 World Cup in Qatar. Onana who plays for Inter Milan is considered as one of the best goalkeepers in the world.

However, things fell apart before Cameroon’s game against Serbia on Monday, 28 November, as head coach of the Indomitable Lions, Rigobert Song, decided to drop Onana for the crucial duel.

The former Ajax goalie was said to have refused to adhere to instructions given to him by Song which made the coach boot him out of the squad.

Following the news and after the game, Onana took to social media platform, Twitter, to share an official statement on the whole matter.

In his absence, Cameroon were forced to a 3-3 draw which means that the record African Cup of Nations winners must win their last group game against world cup record holders, Brazil, for them to have any chances of reaching the knockout stage.