Brazil sees daily increase of over 14,000 COVID-19 cases as heatwaves cause crowded beaches

According to the health ministry, tests in the same period detected 14,318 new cases of infection, taking the total caseload to 4,732,309. 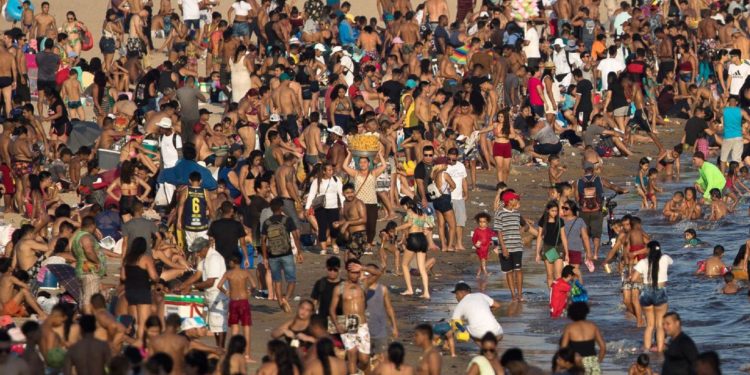 SAO PAULO – Brazil on Sunday reported 335 more deaths from the novel coronavirus in the past 24 hours, bringing the death toll to 141,741.

Authorities in the southeast states of Sao Paulo and Rio de Janeiro, which have the highest death tolls in the country, were concerned that the crowds at beaches over the weekend would worsen the transmission of the virus.

As temperatures spiked for the third time in September, Rio de Janeiro recorded the hottest day of the year, with the thermometer reading 39.2 degrees, sending throngs to the beaches of Copacabana, Ipanema and Leblon.

In Sao Paulo, temperatures hit 34.5 degrees, a record for 2020 that also sent hundreds of thousands of people to local beaches.