Accusations against China over virus are totally baseless

The author is a research fellow and professor at China-Africa Institute, Chinese Academy of Social Sciences. 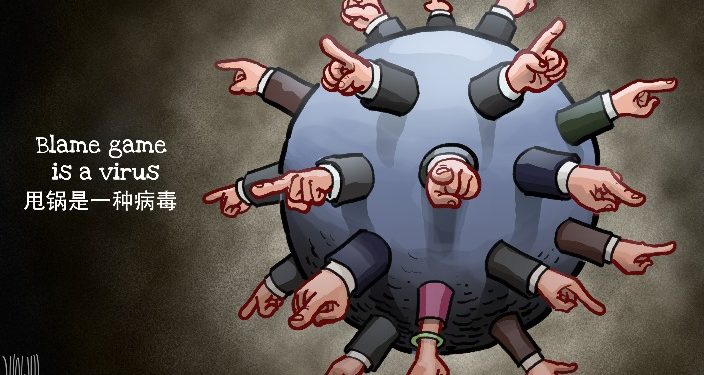 With China managing to largely contain the novel coronavirus outbreak, the socioeconomic order in the country is gradually returning to normal. But since the numbers of confirmed COVID-19 cases and deaths are increasing in some other countries and regions, some Western politicians are blaming China for the outbreak and smearing the Chinese government’s earnest efforts to help to other countries to fight the pandemic, in order to hide their own failure to take prompt and proper action to contain the virus.

In particular, some Western politicians and lawyers, ignoring facts and laws, have alleged that China did not fulfill its “state responsibility” under international law while dealing with the coronavirus outbreak, and are even seeking “compensation” from China for “spreading the pandemic”. For example, in the past one month or so, some law firms in the United States have filed lawsuits or complaints against China, asking the Chinese government to take responsibility for the spread of the epidemic and pay compensation for the loss of lives and incomes.

Some foreign international law experts and research institutions have also tried to find “legal” means and excuses for taking China to international tribunals.

But these lawsuits and accusations are not tenable in law.

If such accusations are valid, the US should have been sued for the 2008-09 global financial crisis which originated in the US’ subprime mortgage market in 2007 and battered the developing and developed economies alike, while also causing the sovereign debt crisis in the European Union. Also, the US should have paid compensation to the families of the about 300,000 people who died in the 2009 H1N1 swine flu pandemic because it failed to restrict the outbreak within its borders.

Therefore the Western politicians’ accusations and lawsuits against China are meaningless.

Contrary to the allegations, China timely informed the World Health Organization about the outbreak in Wuhan, Hubei province, in accordance with the provisions of the International Health Regulations.

Relevant government departments in China and the spokesperson for the Ministry of Foreign Affairs have refuted such allegations, citing a large number of facts. Besides, the “Timeline of China Releasing Information on COVID-19” published by Xinhua News Agency on April 6 shows that the accusations are nothing but baseless. According to the measures taken by China after the outbreak, the country’s reports to the WHO on the outbreak have been in full compliance with the International Health Regulations.

As Chimène Keitner, a professor of international law at the Hastings School of law at the University of California and former counselor on international law in the US Department of State, said on a website, “there is no basis for jurisdiction in a US court”, and “don’t bother suing China for the coronavirus”.

We are standing at a critical moment in the fight against the novel coronavirus which, for the international community, should be a time of cooperation, not confrontation, a time to join hands to fight against our common enemy, not fight among ourselves.

Those Western politicians labeling charges against China need to reflect on what they have done for their country and their fellow citizens, rather than blaming other countries for their own failures. It is not wise of them to accuse other countries to placate the people in their own countries who are angry and frustrated with the failures of their governments to protect their health and lives. This is the time for Western politicians to get their facts straight.