Major convenience stores in Japan announced on Tuesday that they will stop selling pornographic magazines in an effort to create a "comfortable environment" before the country plays host to international sports events, such as the 2020 Olympics. 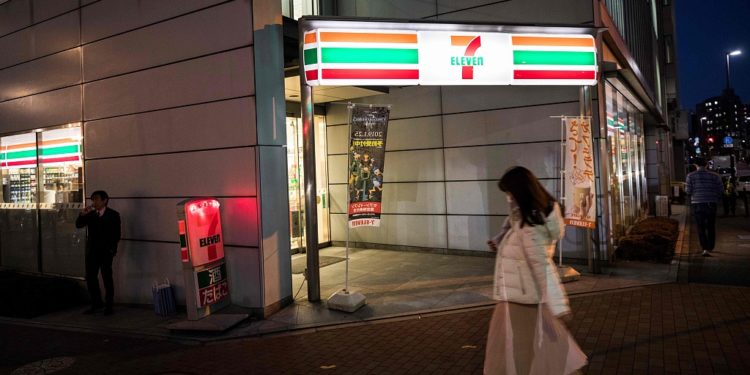 A woman walks past a 7-Eleven convenience store in Tokyo on January 22, 2019.

7-Eleven Japan Co, Lawson Inc and FamilyMart Co, the top three convenience store chain operators, have all decided to end the sale of adult publications and manga comics by the end of August, citing concerns over harming the country’s image before the 2019 Rugby World Cup and next year’s Tokyo Olympics.

The companies said they hope the decision will create a more welcoming environment for women and children and will avoid giving off a bad impression of the country as Japan prepares for a flood of foreign visitors during the sports events.

“In the past, 7-Eleven was mostly used by male customers to buy beverages and fast food, and our product assortment was designed accordingly,” the chain told Reuters.

“However, as the role and usage of 7-Eleven stores has changed in recent years, 7-Eleven became an important shopping destination for families, children and elder people as well.

“We also considered the increasing number of foreign customers during the upcoming Rugby World Cup and the Olympics,” the chain said.

The move will not have a major economic impact on the chain, as adult magazines account for less than 1 percent of total sales at the roughly 20,000 7-Eleven stores across Japan, a spokesperson said.

According to Lawson, the company had already stopped selling such magazines at outlets in Okinawa in November 2017 and has now decided to expand the ban to about 14,000 of its stores nationwide.

FamilyMart reported that 2,000 of its 16,000 franchises had already stopped selling adult magazines.

“It is a good thing to keep up with international standards for the Tokyo 2020 Olympics,” said Kobayashi, who refused to give his full name. “But somehow I feel sad when I realize that there is almost no place to buy these magazines after the change.”

Reuters and Kyodo News contributed to this story.