Official figures showing that China's economy grew by 4.9 percent in the third quarter provided further evidence that the country is bucking the international trend, in a world still reeling from the impact of the COVID-19 pandemic. 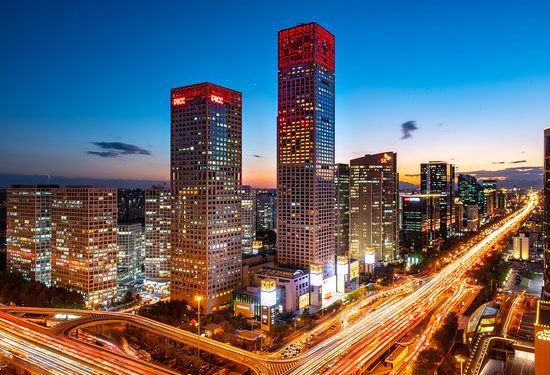 A second quarter of growth contrasted with other major countries, which continued to struggle with a recession that threatens to cut the size of the global economy by more than 4 percent in 2020.

So what is the secret of China’s recovery, and are there lessons for other economies as they continue to struggle to control the disease itself?

As the first country to confront the crisis, China was the first to be forced to adopt measures to contain it at a time when some leaders elsewhere in the world were confidently predicting it would not affect them.

The Chinese measures included stringent lockdowns and controls on movement, part of a response coordinated by the country’s centralized epidemic response system.

Memories of the SARS epidemic of 2002 had prepared the public for the strict measures needed to combat the new disease. Other countries with longer times to prepare for it delayed their response and allowed emerging infections to run out of control.

“Commitment to the greater good is engrained in the culture,” according to Gregory Poland, head of vaccine research at the Mayo Clinic in the United States, referring to the Chinese response.

“There is not the hyper-individualism that characterizes parts of the US and has driven most of the resistance to the countermeasures against the coronavirus,” medical journal The Lancet quoted him as saying.

In China and other Asian countries, measures such as mask-wearing were accepted as common sense rather than topics for political debate.

A study co-authored by Xi Chen of the Yale School of Public Health calculated that swift measures taken by China in February may have prevented 1.4 million infections and 56,000 deaths.

Ironically, it is those countries that were reluctant to shut down normal activities for fear of the economic impact that are now paying the greatest economic price.

As China returns to a semblance of pre-pandemic normality, others are still in the grip of frequently shifting regulations aimed at bringing the disease under control.

Foreign experts concede that China’s present recovery would not have been possible had it not taken steps to contain the emergence of a “second wave” now afflicting economies in Europe and North America.

From an economic perspective, China’s early action allowed an easing of restrictions as early as April as production resumed and travel bans were lifted. Stimulus measures helped local authorities and businesses to swiftly recover from the economic hit suffered in the first quarter.

The prospect of global uncertainty also coincided with the Chinese leadership’s launch of a “dual circulation” economic strategy aimed at reducing the country’s dependence on external markets and building resilience to global shocks such as the pandemic.

With global demand down for the time being, China will look to domestic consumption to boost its economic self-reliance. That does not equate to an abandonment of the export-led model, as illustrated by an increase in exports by midyear.

However, the Chinese strategy of rebalancing the economy has prompted some foreign economists to suggest other countries might contemplate their own dual strategies, in which domestic and foreign markets complement each other, as they confront the uncertainties of a post-pandemic world.

Beijing officials have stressed that the “dual circulation” strategy, expected to figure significantly in China’s next five-year plan covering the 2021-25 period, should not be considered as merely a short-term fix for the impact of the COVID-19 crisis.

One significant way in which China has spurred its domestic recovery is by boosting internal tourism now that it is safe to travel. As the tourism industry flounders in much of the world, more than 600 million Chinese took domestic trips to celebrate the recent Golden Week holiday.

The New York Times said the holiday celebrations offered “the clearest measure yet of China’s recovery from the pandemic”.

So-called revenge spending over the holiday period played a significant role in reviving the economy. But it was only possible thanks to the successful measures taken early on.

Other economies, struggling to varying degrees under a range of social and travel restrictions, are still fighting to establish the kind of rigid testing and tracing regimen that China adopted from the outset.

There are indeed lessons to be learned. But they are ones that may have to serve in a future global crisis as governments around the world struggle to cope with the consequences of not having been adequately prepared for the current one.