Dreams Talks: A journey with Estanislao Don Malavo, former Governor of Equatorial Guinea before the IMF

Words fly and what is written there, stays there for future reference -- Don Malavo 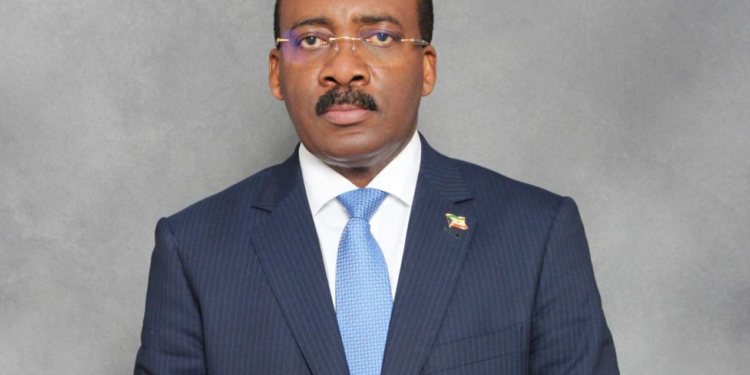 As part of our journey, Dreams Talks for Sustainable Leadership interviewed key leaders from different sectors about their time in office, their activities and their reflections on the roles and responsibilities. Dreams Talks sat down with former Governor of Equatorial Guinea before the IMF Estanislao Don Malavo at his home in Malabo.

Dreams Talks: Thank you for accessing this interview with dreams Talks for Africanian.com
We would like you to tell us a bit about your professional career, how did you decide to enter politics and what would you say is the key to achieving such a brilliant career?

Don Malavo: After finishing my studies at the University of San Diego, California (USA), my first full-time job was at the United Nations Development Program (UNDP) in Malabo. At the same time, he was working part-time for WALTER INTERNACIONAL, the American company that discovered oil in Equatorial Guinea in 1991.

Then, and before starting to work with the Government in 2004, I spent several years working on my own, going back and forth between Spain and Africa. In the mid-90s, I set up two companies: the first, MATERIAUX D’ESPAGNE, an Import-Export business based in Libreville (Gabon) that was dedicated to importing all types of construction materials from Valencia (tiles, furniture, electrical equipment, etc.) and furniture. The second company, TROPICAL WOODLAND, was engaged in the purchase, exploitation and export of hardwood and okumé in roll from Gabon to Spain.

Finally, I have held various positions in the Public Administration, the most prominent being the Minister of Finance and Budgets, Minister of Labor and Social Security, Minister of Fisheries and the Environment, then Fisheries and Water Resources. Before these responsibilities, I was successively General Director of autonomous entities and companies with State participation and Deputy General Director of Taxes and Contributions in the Regional Delegation in Bata and Vice Minister of Finance and Budgets. With this, I think I can affirm that I have some experience in the public and private sectors.

Dreams Talks: What is the key to achieve this career?

Don Malavo: I would say luck and destiny. I haven’t done anything “special” .

Dreams Talks: As we have seen, you have represented your country in several financial Institutions, such as World Bank, IMF, BDEAC, ADB. What would you say has been your legacy in these organizations and how have those contributions subsequently influenced your country?

Don Malavo: As Vice Minister of Finance (2006-2008), it fell to me to be at the same time alternate Governor to the World Bank. And as Minister of Finance (2008-2010) I was responsible for representing Equatorial Guinea before the International Monetary Fund (IMF) and the African Development Bank (ADB) as its Governor. When I left the Government for the first time in 2013, I was appointed advisor to the Presidency of the Government and, at the same time, State Administrator to the Development Bank of Central African States (BDEAC). All these responsibilities allowed me, first of all, to acquire valuable experience and, above all, to present at that time the interest and the position of the Government of Equatorial Guinea in each of the meetings in which I participated. I recognize that the procedures for obtaining financing from these international financial institutions are very tortuous.

Dreams Talks: Speaking of your role as a Writer, your book “ECUATORIAL GUINEA: HOW TO COME OUT OF THE CURRENT ECONOMIC CRISIS” could not be more timely, due to the consequences of COVID-19. Tell us about the Book and how those measures can improve the current economic cycle.

Don Malavo: Unlike people who only criticize without proposing concrete solutions, in my book I present, first of all, a comprehensive DIAGNOSIS on the CAUSES of the current economic crisis before the Covid-19 pandemic that has come to make things worse. Then, I propose specific MEASURES and IDEAS to get out of the crisis. I am convinced that if these measures and ideas are properly adopted, the economy can be reactivated in order to resume the path of growth with the creation of new economic activities at the national level as well as the generation of thousands of jobs and new revenues for the State. The million-franc question is whether everyone is familiar with my proposals. However, many people who have read my book think that I propose very original ideas. Hence, a Chinese publishing company asked for my permission to translate the book into Chinese, believing that these ideas can be useful not only in Equatorial Guinea but also in other African countries cooperating with China. Others are asking me for a French and English version. Unfortunately, in our country people are not used to reading, they prefer to send and receive messages by whatsApp, often fake news.

Dreams Talks: How do you think Equatorial Guinea should be positioned with its resources at the Subregional level, in our continent and finally at the International level? And what strategies would you suggest so that these resources can maintain the reserves of your country?

Don Malavo: This is a good question. The objective that was pursued with HOLDING GUINEA ECUATORIAL, a public investment company, was created was precisely to diversify the financial resources of the State.

The original idea was that with the resources coming from the following three sources: the future generations fund, the State reserves and the surplus of INSESO contributions, a “Sovereign Fund” or a super “Investment Fund” could be created, which would be used to co-invest in profitable projects at the national, sub-regional and international levels in order to face counter-cyclical shocks. The crisis came and the idea could not be implemented, although the issue remains topical and feasible. A rich country must have productive and profitable investments not only at the national level but also in the subregion and worldwide. This means that when the price of oil falls, the country can survive with the investments made in other sectors inside and outside the national territory.

Dreams Talks: Finally, what support mechanisms do you have to transfer your knowledge to the next generation? For the creation of solid structures that will be needed and that can adapt to new technologies in your country.

Don Malavo: I believe that my most precious legacy for posterity is going to be my book in which I set out all my ideas clearly and forcefully. Words fly and what is written there, stays there for future reference. In addition, as I have already said, you have the translated version in Chinese. In the book you will find new ideas that can serve as a work of reflection to get out of the current economic crisis in order to build a real national economy starting from the existing infrastructural base.

Thank you very much for your time Mr. Don Malavo, we hope to have you again soon.

Dreams Talks by Dreams Hub (Equatorial Guinea) is a project that was born with the intention of articulating a network of organizations and prominent people in the business, professional and cultural field, to foster a cultural movement that values the importance of Sustainable Leadership, as a basis for manage uncertainty, prioritizing the management of values, as a fundamental pillar of any society.

The conversations/interviews of key African and World leaders, will analyze and reflect on topics that will help shaping a better Africa, with an ultimate goal; the practice of futurism as a lifestyle. Giving priority to how our actions will impact the future of next generations, on our planet and universe.