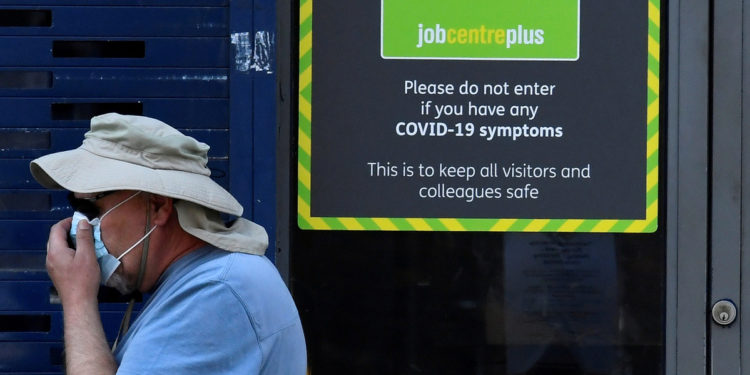 The Guardian and Financial Times both reported that Sunak is preparing a new stimulus plan that may subsidize the wages of workers able to work 50 or 60 percent of their normal hours.

The UK government is under pressure to avert a wave of unemployment as its original job retention furlough program comes to an end next month.

Businesses had furloughed 9.6 million workers by August, but since then, employers have been asked to contribute increasing amounts ahead of the program’s end-date on Oct 31.

Originally, employees on the program were paid 80 percent of their salary up to 2,500 pounds ($3,200) a month. It is believed to have cost the government more than 50 billion pounds.

It is reported that a few options for a new program are being considered, with those in Spain and France also being studied, but nothing has yet been confirmed.

The reports in the Guardian and Financial Times say one possibility would be similar to the German Kurzarbeit program, favored by the opposition Labour Party.

They would be similar to proposals made earlier this month by the Trades Union Congress, which helped Sunak draft the original furlough program in March.

Last week, Sunak said he would be “creative” to find ways of helping people, and in finding ways to support jobs through the coming months.

On Tuesday, Andrew Bailey, the governor of the Bank of England, said it’s time to “stop and rethink” the furlough program ending and that he favored a more targeted approach.

One industry source told the Guardian newspaper the Treasury is aiming to announce a new support package next week, when businesses are likely to start cutting jobs.

The newspaper reported that the government has delayed an announcement that would have extended the availability of state-backed loans for struggling companies. It said business groups now believe the chancellor could combine the loan extension plan with a range of other measures.

Latest analysis shows that economies across Europe, including the UK, are rapidly losing momentum. Indicators for the UK suggest that the surge in business activity over the summer was ending even before Johnson tightened restrictions.

Thomas Pugh, UK economist at Capital Economics told the Evening Standard: “It now seems likely that the UK restrictions will set back the economic recovery and cause GDP to stagnate in quarter four. But the big risk is that the government has to go further. For example, a two-week national lockdown could reduce the level of GDP by 5 percent and set back the economic recovery by a year.”