The International Monetary Fund (IMF) Friday officially declared that the global economy has entered recession as a result of the spread of the new coronavirus, which has shut down economic activities across the world. 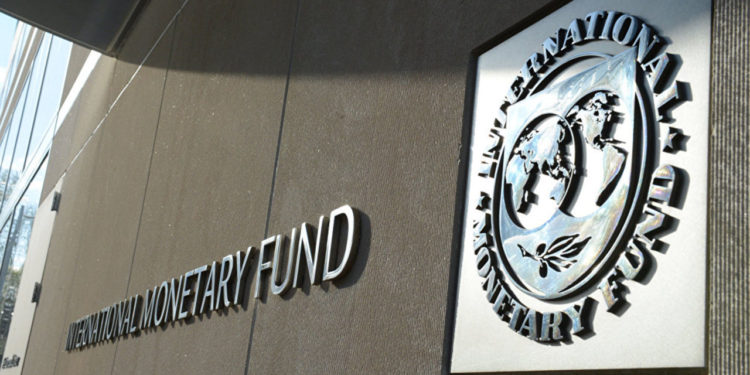 IMF’s Managing Director, Kristalina Georgieva, said they have reassessed the prospect for growth for 2020 and 2021.

“It is now clear that we have entered a recession – as bad as or worse than in 2009,” she said in a news briefing on Friday.

She suggested that the global economy would only recover if countries succeed in containing the virus.

According to Georgieva, a key concern about a long- lasting impact of the sudden stop of the world economy is the risk of a wave of bankruptcies and layoffs.

This, she said, not only can undermine the recovery but can erode the fabric of global societies.

The IMF and different economists across the world had already predicted that the COVID-19 driven economic recession was likely, and inevitable at the extreme.

What does it mean?

Teddy Kaberuka, a Rwandan economist described the recession as companies that declare for bankruptcy, asking to be financially supported to revive its business operations.

“Declaring a recession is like a company filing for bankruptcy. It means that company no longer have financial capacity to repay whoever it owes money to,” he said.

“The IMF declaring recession means that the [global] economy is very bad. It’s as if it has declared bankrupt countries,” he added.

The IMF describes a global recession as a sustained period when economic output falls and unemployment rises.

It is simply an extended period of economic decline around the world.

While there’s no official definition of a recession, such economic decline should last more than a few months, normally visible in production, employment, real income, and other indicators.

The world had last experienced recession between 2008 and 2009, when countries like the United States and those in Europe experienced a rise in unemployment, company profits fell, financial markets tumbled, and the housing sector collapsed.

The IMF had recently advocated for waiving debts for the poorest countries but the G20 Leaders’ Summit which happened virtually on Thursday never resolved anything about this in their final declaration.

Kaberuka says now the IMF has a strong voice to advocate for developing countries, and that it will push big players of global economy to go back to the drawing board to redefine the strategies to accelerate the economy.

He also asserts that this will give opportunity for developing countries to raise more funding from their international partners – organisations, countries or investors.

“Developing countries now have a strong stand to negotiate for new terms for new loans, because the global economy won’t function the way it used to be,” he noted.

The economist says had it not been declared a recession, developing countries would not have a muscle to renegotiate.

“This also implies that even developed countries like the US and China have a chance to renegotiate their international trade agreements,” he said.

He said that Rwanda is at a survival stage.

“There are sectors that are no longer working. Production activities and tourism are among them,” he said.

Kaberuka said countries will no longer look at health in the same way, rather leaders will now have a chance to treat health as a productive sector that requires similar investments made in industries like defence.

“Health was among the least, if not last priorities of countries. You would find a country allocates 35 per cent of their budget to defence and only 4 per cent to their health sector,” he said.

Now, he added, “health has proven that if you don’t put a lot of money, it can collapse the entire economy.”