An internal American intelligence memo reportedly warns of a sinister Russian plot in the making to meddle in the upcoming US presidential election, including by directly advising the candidates and their campaigns 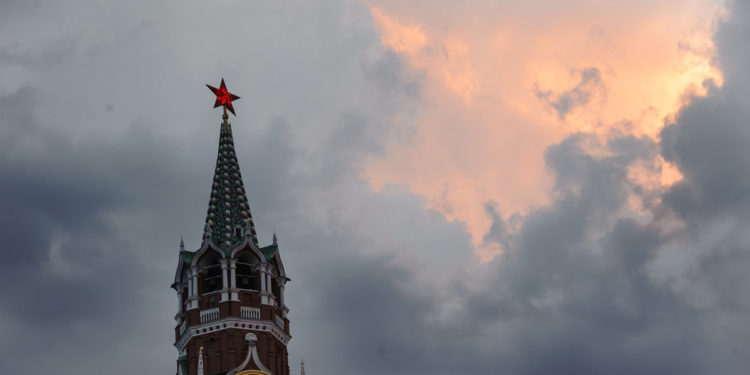 Cobbled together by ‘cyber experts’ at the US Department of Homeland Security (DHS) and the FBI in February, the memo effectively regurgitates the old Russiagate narrative, which quietly fizzled out after a special counsel probe led by Robert Mueller failed to find any proof of conspiracy or collusion between President Donald Trump and Russia. Excerpts from the document – dubbed “Possible Russian Tactics Ahead of 2020 US Election” and marked for “official use only” – were published by the Associated Press on Monday.

The memo claims to have “identified” several potential tactics Moscow may use to interfere with the upcoming November elections, dividing them into two groups based on the threat they allegedly pose to American democracy.

ALSO ON RT.COM WikiLeaks envoy: Leaked DNC emails came from ‘disgusted’ whistleblower, not Russian hackersThe so-called “high threats” include hacking and leaking information – apparently in reference to WikiLeaks dumping emails and documents belonging to the Democratic National Committee prior to the 2016 presidential election. While then-Democratic nominee Hillary Clinton and her campaign immediately pointed the finger at the Kremlin – accusations that were later mirrored by the US intelligence community – WikiLeaks itself repeatedly denied it received documents from any state party, Moscow included. Russia has also vehemently rejected allegations that it had anything to do with the DNC leak.

Another “high threat” that could undermine the US election, according to the document, comes from Russia’s “state-controlled media arms,” which will “propagate election-themed narratives to target audiences” and its supposed ability to manipulate “economic and business levers” to “influence political objectives.” And who could forget the infamous ‘troll bots’?

The popular theory that automated Twitter bots and fake social media accounts elsewhere were largely to blame for Clinton’s stunning loss to Trump has been since long debunked, with a 2018 study finding that pro-Clinton bots were much more likely to change people’s political opinions, since they were much more active. However, this and many other revelations that surfaced after the dust of 2016 had settled did not prevent the claim from living on.

ALSO ON RT.COM Clinton bots more talkative & influential than Trump bots around 2016 debates, study findsAmong the “moderate threats” highlighted in the memo is the possibility that the Kremlin will secretly court candidates by advising them or funneling money to their campaigns – although it’s unclear how they would accomplish that feat while avoiding detection.

“Russia has sought to take advantage of countries that have perceived loopholes in laws preventing foreign campaign assistance,” the memo says, as it accuses Concord Management & Consulting CEO Yevgeny Prigozhin – dubbed ‘Putin’s chief’ by the Western media – of having been “involved in political campaigning” in two dozen African countries in 2019.

ALSO ON RT.COMAssange: WikiLeaks did not receive Clinton emails from Russian govt (JOHN PILGER EXCLUSIVE)Concord was one of the entities indicted by the Mueller team over alleged “election meddling” back in February 2018. However, the much-hyped indictment against the firm, which was supposedly behind the Internet Research Agency (an infamous ‘troll farm’), was dropped weeks before trial in March, after Concord’s lawyers requested discovery documents from the US Department of Justice.

The other so-called “moderate threats” mentioned in the memo refer to targeting voting infrastructure, such as databases and counting machines, which also mirrors allegations after the 2016 contest that Russian hackers attempted to breach US elections systems. Suffering a critical lack of evidence, those claims, too, eventually fell by the wayside.