US officials: Engage more with China

Former US secretary of state Madeleine Albright and other American officials have called for more people-to-people engagement to improve US-China relations. 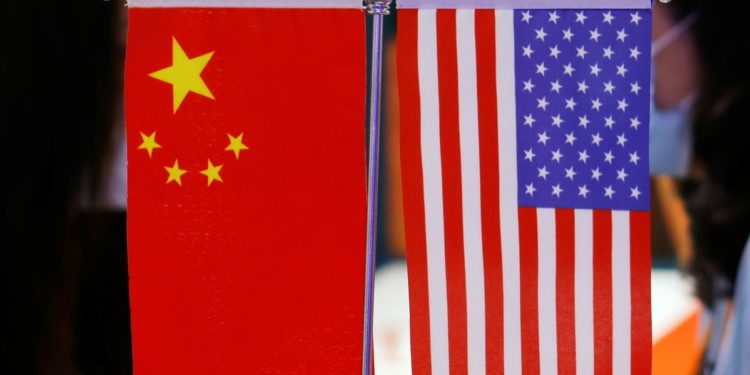 “Pathways for people-to-people exchange are needed now more than ever, and we must do what we can to support and promote the sectors and platforms on which that exchange takes place,” said Albright, the country’s first female secretary of state, at a forum hosted by the US-Asia Institute last week.

Albright, who was appointed US ambassador to the United Nations in 1993 by President Bill Clinton and then served as his secretary of state from 1997 to 2001, said she has seen that tourism, hospitality and cultural exchange that promote people-to-people exchange have “always been critical pillars” of China-US relations.

“This relationship must be constantly managed through key formal and informal channels of people-to-people engagement. We all know that difficult discussions are far better than no discussions,” she said.

Albright also called for reminding US leaders that bilateral cultural exchanges are needed not only to benefit economies, but also to help provide “much needed ballast, a stabilizing force as we manage a more contentious US-China relationship going forward”.

The US National Security Council’s coordinator for the Indo-Pacific, Kurt Campbell, said in May that the period of engagement between the US and China has come to an end and the “dominant paradigm” is competition.

“Just because our bilateral relationship has become competitive does not mean that it cannot create value or yield benefits for both the United States and China and for the world,” Albright told the forum.

“A more competitive bilateral relationship should not preclude the United States and China from working together to strengthen our economies and meeting the numerous global challenges where our two countries’ interests align,” she said.

Susan Thornton, former assistant secretary of state for East Asian and Pacific Affairs, told the forum that she disagreed that the era of engagement between the US and China is over, saying “that is impossible”.

“It is true that the US and China have different political systems and very complex societies. But Chinese and American people are pragmatic. They’re hardworking, and I think they take their responsibilities seriously. So, I believe it is possible to overcome these differences and to chart a constructive path forward,” she said.

“It is precisely when governments are having difficulties in communicating that people-to-people exchanges become even more important,” said Thornton.

Acknowledging that exchanges today have become difficult due to the COVID-19 pandemic, new rules and a climate of official discouragement, she said the Chinese and American peoples are pragmatic and resourceful, and it’s possible to overcome these challenges.

Now a visiting lecturer at Yale Law School, Thornton used the university as an example.

“In every department, we see evidence of Americans and Chinese working together to do inspiring things,” she said. “The Yale China program, the first university program between the US and China, still has a robust people-to-people relationship.

“These contacts make a major contribution to understanding, and they help to paint a true picture of the situation in both our countries. And this is fundamentally important in the complicated times in which we live today,” she said.

Carol Miller, Republican US representative of West Virginia, told the forum it is very important to highlight “our mutual interests rather than our differences” at a time when the commercial relationship between the US and China is at a “critical and pivotal juncture”.

“Many in the Congress have called for a total decoupling between the US and China. I am not one of those members,” said Miller, “A total decoupling disrupts the global financial system, and the critical supply chains would be crippled.”

Albright said her views on China were shaped from her first trip to the country more than two years ago. During that trip, she said she was struck by the size of China’s middle class.

“As I was walking on the Bund at night in Shanghai, I saw all of these people with their iPhones. There were hundreds and hundreds of them, taking pictures of this beautiful vista. They were well dressed, looking at those incredible skyscrapers,” she said.

“This observation truly evolved my analysis and understanding of China that it is a diversified and developed economy that cannot be shut out from the rest of the world,” Albright said.