US officials told to stop stirring trouble in Asia

China urged some US politicians on Wednesday to stop hyping up the so-called "China threat" and undermining regional peace, stability and development. 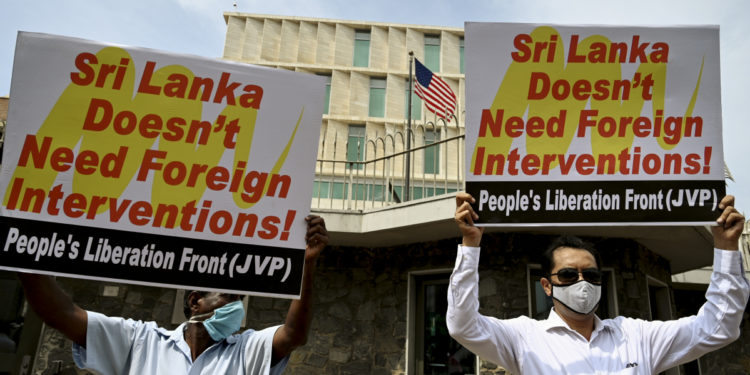 The two US Cabinet officials said that increased US-Indian military and strategic cooperation will help the two nations manage China’s growing influence in Asia. The countries signed a defense agreement that allows the US to share top-secret satellite and sensor data with India.

It is the latest in a series of US-India military agreements designed to counter China’s presence in the Indo-Pacific region.

“We always believe that the development of bilateral relations between any countries should be conducive to peace, stability and development of the region. It should not harm the interests of a third party,” Wang told reporters at a news briefing in Beijing.

Wang said that any concept of regional cooperation should conform to the trend of the times for peace and development as well as win-win cooperation.

But the Indo-Pacific strategy proposed by the US is preaching the old-fashioned Cold War mentality, group confrontation and political games. It is aimed at upholding the hegemony of the US, he added.

“We urge some politicians in the US to abandon the Cold War and the zero-sum mentality …and to stop the wrong actions of denigrating China’s relations with other countries in the region,” Wang said.

Calling the border issue between China and India a bilateral matter, Wang also said that the two sides are currently dealing properly with related issues through negotiations and talks.

The Chinese embassy in India said in a statement that there is no space for a third party to intervene in the issue.

“China and India have the wisdom and ability to handle their differences properly,” the embassy said.

Pompeo arrived on Wednesday in Sri Lanka, the second leg of his Asia tour. Speaking at a televised news conference in the capital, Colombo, Pompeo described China as a predator and the US a friend and partner.

Wang said that forcing small-and medium-sized countries to pick sides is a habitual behavior of certain US officials.

“Friendly cooperation between China and Sri Lanka on the basis of equal coordination and mutual benefit has brought tangible benefits to the two peoples, and this cannot be altered by any smear or slander by others,” he said.

Ruan Zongze, executive vice-president of the China Institute of International Studies, said that one purpose of Pompeo’s visit to South Asia, where many countries have good relations with China, is to try to organize an exclusive, anti-China clique by attacking China with rumors and slander.

“Such an attempt is doomed to fail. It only shows how the US has been tirelessly fabricating contradictions in order to contain China’s development,” Ruan said.