Ida landed in Louisiana as a Category 4 hurricane on Sunday and has weakened to a tropical storm. 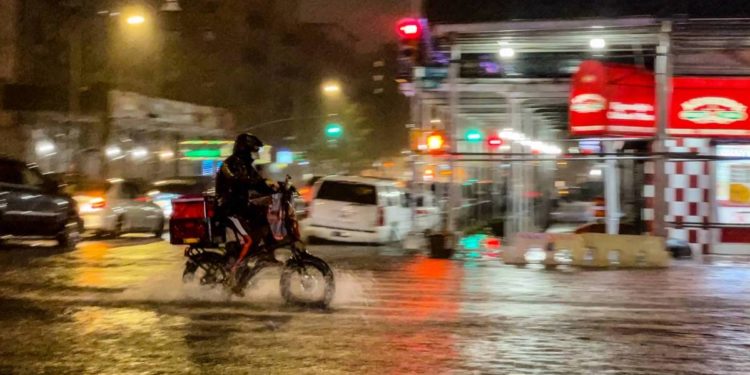 “I am declaring a state of emergency to help New Yorkers affected by tonight’s storm. Please stay off the roads and avoid all unnecessary travel,” Hochul tweeted.

The heavy rain was “far more than anyone really expected,” and left the region in “a very dire situation,” the governor was quoted by CNN as saying.

Urging people to stay off the roads, the National Weather Service (NWS) in New York said, “We are seeing way too many reports of water rescues and stranded motorists.”

According to the NWS, a record of around 80 millimetres of rain fell in Central Park in Manhattan late Wednesday evening.

Some streets and apartments were dipped in up to a metre of water as the New York city announced a travel ban until 5 a.m. (0900 GMT) in a tweet. “All non-emergency vehicles must be off NYC streets and highways,” the authorities said.

Hochul’s declaration came about an hour after New York City Mayor Bill de Blasio declared a state of emergency in his city.

“We’re enduring a historic weather event tonight with record-breaking rain across the city, brutal flooding and dangerous conditions on our roads,” the mayor said Wednesday night.

Earlier in the day, State Governor Phil Murphy of New Jersey, which borders New York on the south, also declared a state of emergency in response to Ida.

CNN reports said that at least one person was killed in the flooding on the day in New Jersey.

Hector Lora, mayor of New Jersey city of Passaic, told CNN that the victim was an elderly man in his seventies. His body was recovered from a vehicle overwhelmed by water and rescuers tried to help other two individuals get out of the vehicle.