“We mourn the lives lost – more than 200,000”, Secretary-General António Guterres said in a virtual press conference on Thursday. 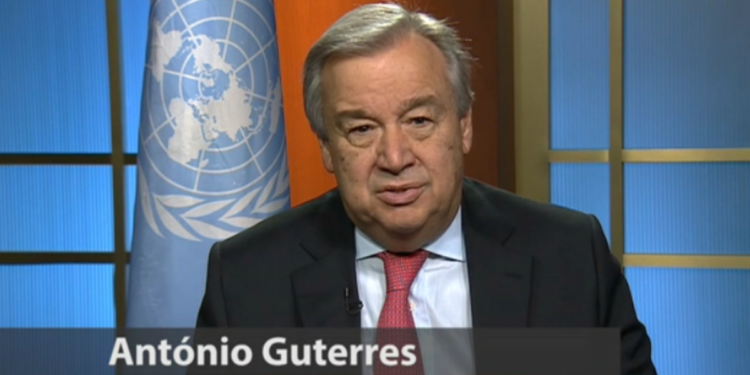 “We despair that many more will follow, particularly in places least able to cope”.

He ran through the multiple ways the Organization is working to combat the virus on the ground, and said that on Friday, a new UN policy report would be launched to advise how best to protect older persons, along with an analysis of COVID-19 consequences for persons with disabilities. 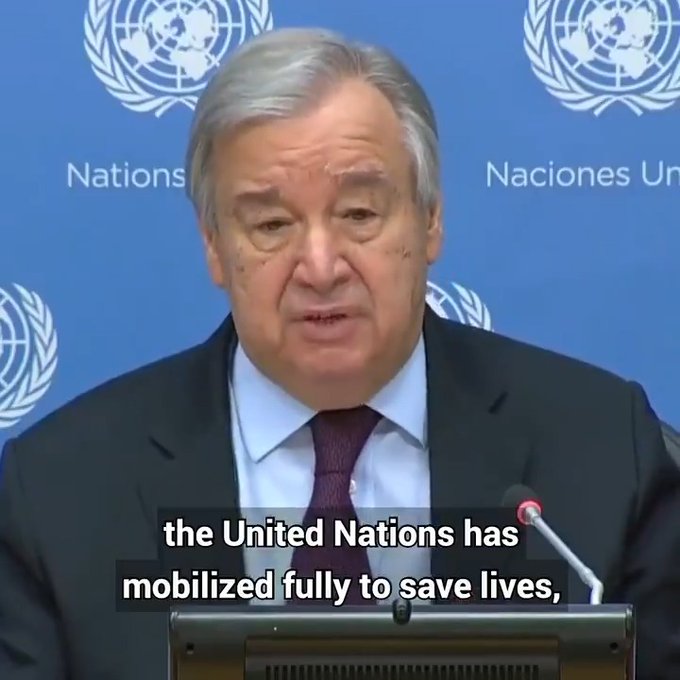 “Our voice has been clear, calling for solidarity, unity and hope”, he told reporters.

Mr. Guterres recalled his global ceasefire appeal in March to face together the common enemy of COVID-19.
“The cease-fire call has resonated widely”, he told journalists, however, as mistrust is challenging implementation, his envoys are “working tirelessly…to turn expressed intentions into effective cease-fires”.

The Idlib cease-fire is holding in Syria, “but we are still hopeful for a country-wide end to hostilities”, he said, adding that the UN is pushing in Afghanistan for a humanitarian ceasefire between the Government and Taliban fighters.

And although fighting in Libya has escalated, declarations made yesterday present “a glimpse of hope that a cessation of hostilities remains possible”.

“I believe there is an opportunity for peace in Yemen”, upheld Mr. Guterres, citing that all parties supported his appeal. Saudi Arabia has declared a temporary unilateral cease-fire, with the UN engaging with all actors to make it permanent, to restart the political process towards lasting peace.

Pointing out that the first two COVID-19 deaths were registered there on Wednesday, he said, “it is time to recognize that the Yemeni people have suffered too much”.

“All our efforts depend on strong political backing”, stressed the UN chief, sharing his hope the Security Council would be able to “find unity and adopt decisions that can help to make ceasefires meaningful and real”.

The Secretary-General also spoke to the press about the needs of people most vulnerable to the economic meltdown.

“The International Labour Organization (ILO) reported this week that the global workforce will be hit with the equivalent of the loss of more than 300 million jobs”, he said, adding that millions of children risk missing life-saving vaccines and that those officially living in poverty could rise by around 500 million – “the first increase in three decades”.

Underscoring the “massive and urgent support” needed for developing countries, he echoed his call for a worldwide relief package of at least 10 per cent of the global economy’s output.

He acknowledged steps taken by the International Monetary Fund (IMF) – $12.3 billion in emergency financing; the World Bank, with $160 billion of extra financing; and the G20 leading economies, which have agreed to suspend debt service payments for the poorest countries, but added, “even this is not enough”.

“The debt moratorium must be extended to all developing countries that are unable to service their debt, including several middle-income countries…followed by targeted debt relief…to prevent defaults leading to prolonged financial and economic crises”, he spelled out.

Readers can find information and guidance on the outbreak of the novel coronavirus (2019-nCoV) from the UN, World Health Organization and UN agencies here.For daily news updates from UN News, click here.

Mr. Guerres maintained that a smart recovery from COVID-19 would help steer the world onto a “safer, healthier, more sustainable and inclusive path”, but that it was “critical to address the fragilities”.

Inequalities, social protection gaps and gender equality must be “front and centre” to build resilience to future shocks: “And recovery needs to go hand-in-hand with
climate action.”

The Secretary-General called on Governments to ensure that revitalized spending “accelerate the decarbonization of all aspects of our economy and privilege the creation of green jobs”.

He also stressed that taxpayers’ money not be used to subsidize fossil fuels or bail out carbon-intensive industries; a price should be placed on carbon; and public funds be invested in a future where financial institutions and investors take climate risks fully into account.