Under the agreement, the African Development Bank will take a 6.56-billion FCFA stake (approximately €10 million) in CICA-Re and join its board of directors. 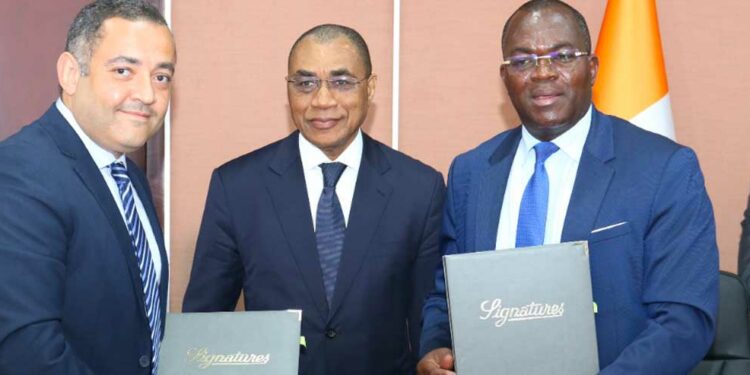 The African Development Bank has signed an agreement to invest in the Joint Reinsurance Company of Member States of Conférence Interafricaine des Marchés d’Assurances  (CICA-Re).

Karim Diarassouba, chief executive officer of CICA-Re, signed on behalf of the company. African Development Bank Group Director of Financial Sector Development Stefan Nalletamby signed for the institution. The signing took place on 9 June under the auspices of the Ivorian Minister of Economy and Finance, Adama Coulibaly.

The investment it is expected to strengthen the underwriting capacity of CICA-Re and contribute to the financing of its development and expansion across Africa.  It will also bolster the company’s contribution to the development of domestic capital markets through the retention of a substantial share of locally generated reinsurance premiums. The investment will also implement CICA-Re’s environmental and social policy, consolidate its governance and risk-management framework, grow its capacity to provide technical assistance in insurance and reinsurance, and support efforts to diversify its reinsurance products.

Karim Diarassouba, chief executive officer of CICA-Re, said, “This partnership with the African Development Bank is intended to strengthen the company’s financial robustness and support the growth of the joint reinsurance company’s activities, while enriching its multisectoral experience.”

The investment aligns with the Bank’s strategic goal of deepening capital markets and promoting more-robust and better-integrated African financial institutions that offer more-diversified products to support the real sector. CICA-Re is the third regional reinsurance company in which the Bank has made an investment. The other two are African Reinsurance Corporation (Africa-Re), of which the Bank is a founding member, and PTA Reinsurance (ZEP-RE).