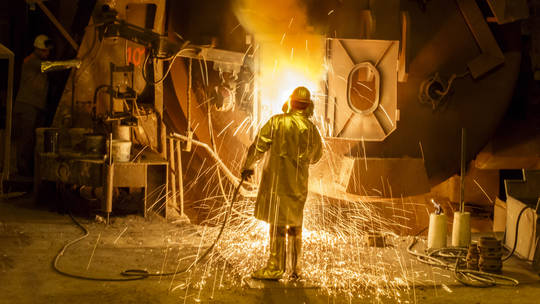 The backbone of the German economy – its industry – would “collapse” should Berlin decide to impose an embargo on Russian gas, the president of the country’s industry association has warned.

Appearing on the Maybrit Illner political talk show on Thursday, Siegfried Russwurm, the president of the Federation of German Industries (BDI), crossed swords with other guests who were calling for the immediate phasing out of Russian gas. Russwurm pointed out that should such an embargo be introduced, the implications would be immense, going far beyond a “speed limit” on highways and “recession and unemployment,” as the host suggested.

Without Russian gas, there would come a “virtual breakdown of our industrial networks,” the head of the BDI forecast. He added that at the moment it was impossible to put a price on the potential losses and give even a ballpark figure of how much it would cost the average German.

“We are talking about a completely different kind of collapse of our industry,” Russwurm argued, adding that Germany could see the disintegration of the very industry that it was “so proud of for seeing us through the Covid pandemic.”

The BDI president also took issue with a ‘Fridays for Future’ activist’s call to move away from gas altogether, and embrace renewables instead of becoming “dependent on some other autocrat, who there is no lack of around the globe.” According to Russwurm, gas is an “extremely efficient energy source, including in terms of climate.” The head of the Federation of German Industries stressed that Germany had earlier approved a plan to phase out coal only on the assumption that the country would be getting enough natural gas.

While some of the other guests on the program claimed that it was simply immoral to fund “Putin’s war” in Ukraine, Russwurm, in contrast, opined that by buying Russian gas, Germany was merely funding the regime in Russia, but not its military campaign directly.

Russwurm emphasized that Berlin should prepare itself for any eventuality, including Moscow “turning off gas,” but called into question whether precipitating this was a good idea for Germany.

Russian President Vladimir Putin signed a decree on Thursday requiring countries which have imposed sanctions on Moscow to pay for Russian gas in rubles starting from April 1. Kremlin spokesperson Dmitry Peskov warned that failure to do so would mean no gas supplies, as Russia would not give it away “free of charge.”

That same day, French Finance Minister Bruno Le Maire and German Economy Minister Robert Habeck made it clear that Paris and Berlin would not be “blackmailed” by Moscow, and refused ruble payments citing the terms of existing gas contracts.

Since the start of Russia’s military offensive against Ukraine on February 24, Moscow has been slapped with a slew of unprecedented economic sanctions. The US, UK, Canada, Australia, Japan and the whole of the EU targeted, among other things, Russia’s central bank’s assets, some of the country’s major commercial banks, and entire industries. The Russian government has vowed to retaliate with countermeasures of its own.