“I have no doubt that in the future it will also apply to new groups of goods. And [this mechanism] will take more and more space in our foreign trade relations,” -- Dmitry Peskov 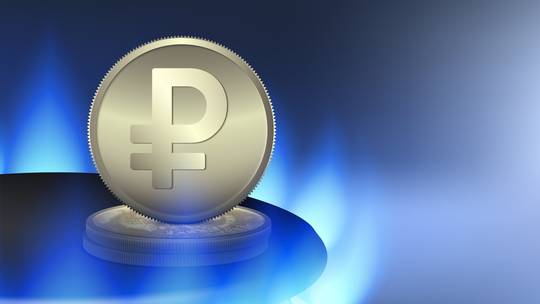 Moscow’s latest decision to switch to its national currency for gas payments was made to secure Russia’s ability to trade and to ensure that its producers receive their money despite Ukraine-related Western sanctions, according to Dmitry Peskov, press secretary to President Vladimir Putin.

“Amid this growing distrust toward reserve currencies [US dollar and euro], the president put forward the idea of the necessity of hedging risks so that [Western states] would not try to rob us again. And therefore we introduced this [mechanism] of payments in rubles… for the most important commodities. In this case, we are talking about natural gas,” Peskov explained. He noted that the move did not aim to “punch anyone in the nose.”

However, Russia can’t afford to jeopardize its need to receive payments for its exports, therefore the new payment mechanism aims to “prevent [payments in] dollars and euros from being taken away due to sanctions.” As part of Ukraine-related sanctions packages, the US and most of the EU froze Russia’s foreign assets, while the country was also cut off from the SWIFT interbank messaging and transfer system. These actions compromised euros and dollars, in Moscow’s opinion, and the switch to rubles was deemed necessary.

“There is an erosion of confidence in the dollar and the euro in the world, many countries doubt their reliability and develop settlements in national currencies,” the official said. Peskov also stressed that the payment mechanism changes will in no way hinder the ability of Russia’s gas buyers to pay for the commodity.

“Everything will be fast, clear, understandable… These are new rules, they need to be followed. Although, I repeat once again, de facto nothing will change for European companies… They will pay, as they used to, in euros, the same currency that is indicated in the contracts. But at the same time, the final payment will go to the seller – Gazprom – in rubles,” Peskov explained. To break it down, Russia’s new gas payment mechanism demands that buyers from ‘unfriendly’ countries that have placed sanctions on Moscow open ruble accounts in an authorized Russian bank, Gazprombank. Buyers will then transfer gas payments to the bank, which it would sell on the exchange for rubles, credit to the buyers’ ruble account, and transfer the funds to the gas provider.

Peskov called the new mechanism a “prototype system” of payments in rubles, adding that gas may soon not be the only Russian export that offers such settlements.

“I have no doubt that in the future it will also apply to new groups of goods. And [this mechanism] will take more and more space in our foreign trade relations,” Peskov said.

Noting that European companies will have no trouble in opening ruble accounts, he said that Moscow is “relying on the common sense of those who purchase our gas,” as Russia would not be able to supply the commodity if the new payment mechanism is not respected.