With two managing directors, a boardroom war and a contentious asset stripping, East Africa Portland Cement is glad it can hide behind a computer when they meet shareholders on March 11. 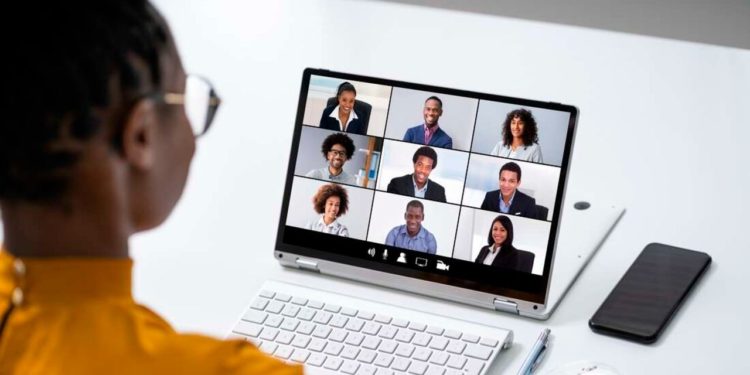 The company may just survive shareholder discontent if enough of them face internet connection problems, can’t afford to buy bundles or simply are unable to click on the link to join the annual general meetings.

The cement firm is grappling with losses, has send workers home before descending into a boardroom war over sale of two parcels of idle land in Mavoko, Machakos County measuring 2,076 acres to raise about Sh10 billion.

The irony is that the company is betting on proceeds from the parcel to breathe some life into its coffers.

Accusations of conflict of interest, undervalued bids and whether to sell the land through the bank or brokers has seen the board kick out chief executive Stephen Nthei and replaced him with Daniel Kiprono with the former boss promising them a battle royale.

“The eighty eighth annual general meeting of the company will be held via electronic communication on Thursday March 11, 2021 to transact the following business: To note that the directors do not recommend payment of dividend in respect to the financial year ended June 310, 2020,” said EAPC company secretary Jane Joram in a notice.

That aside, Coronavirus has handed struggling companies two blessings; An excuse for poor performance and shifting of AGMs to zoom where they can rely on technology challenges to duck irate shareholders.

One of the biggest questions they have avoided by holding online meetings is to explain to old retiree owners who typically take a bus all the way from their rural areas to get the news that their companies will pay them a dividend.

Shareholders are now desperate for any extra cash especially since they have been hit by redundancies and salary reductions which has a negative impact on people’s savings.

The high cost of goods and a marathon school year has added to people’s anxiety and they need all the money they could lay their hands on to cope after suffering from the dip in economy that teetered to near recession.

It is not just struggling companies that may stick to online AGMs to shield them from shareholders disappointments, those seeking to recover their share prices or show they are resilient, are under intense pressure to pay up. Mr Churchill Ogutu, head of research at Genghis Capital says whether a company pays dividend or not will affect their recovery since some investors are driven by short-term income.

Safaricom announced a surprise Sh0.45 per share dividend payout, prompting investors to scramble for their shares pushing the value of the company stocks to an all-time high of Sh38.50 and the paper value of the telco to Sh1.5 trillion.

“In a way, it will as we see some of the investors are income-biased and will naturally pivot to listed names that are paying dividends in the backdrop of depressed or muted price appreciation opportunities,” Mr Ogutu said.

He said although he doubts that boards of listed companies will be in a rush to pay dividends as they still monitor the fallout from the pandemic, there has been a trooping by investors to counters that are seen to weather the storm and emerge out less impaired.

Rona Gadhia- EFG Hermes Director sub-Saharan Banks said dividend announcements could be a significant catalyst for share price performance, especially for banks as payment of dividend could signify that management teams at banks are no longer concerned about underlying asset quality and capital issues and are thus confident of returning some capital to investors rather than increasing buffers further.

“It will depend on the fundamentals of the company and the segment they are operating in. If a company has strong underlying fundamentals (like capital, NPL buffer etc) and is operating in a segment with greater visibility on earnings in 2021, then the company’s shareholders would be in a strong position to demand a dividend and vice versa,” he said.

Bank shareholders are used to taking the buttered slice come rain come shine walking away with billions of shillings each year. Top nine banks paid Sh47 billion in 2019 before the pandemic struck.

However the last these shareholders heard about dividends was in March last year and will probably go without the crucial funds for the foreseeable future.

This is because the banking regulator Central Bank of Kenya also issued a directive limiting dividend payout without its direct approval.

It is hard to see the frugal governor Patrick Njoroge from the Opus Dei order who took a pay cut from his Sh3 million a month salary that he earned at the International Monetary Fund (IMF) in line with his faith to come and head the Kenyan apex bank, and who has held no financial assets other than what was in his bank account to approve splurging in tough times.

An unprecedented six of the 11 Nairobi Securities Exchange (NSE)-listed banks have warned that their profits will fall by more than a quarter—painting a bleak dividends outlook.

Most of the lenders, including Standard Chartered Bank Kenya, Absa Kenya, Cooperative Bank of Kenya, DTB, I&M Holdings and NCBA, have all issued profit warnings.

Mr Ogutu said that CBK may not stop banks from paying shareholders since the veto by the regulator will be based on whether the bank is in dire straits, if not they will go ahead and pay.