Cavers have been permitted to explore the site since the 1970s, though discoveries of mineshafts in such good condition are exceedingly rare. 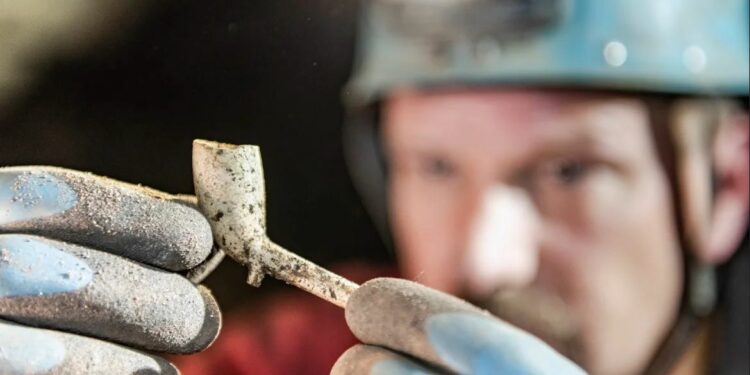 Cavers have discovered a well-preserved cobalt mineshaft in the United Kingdom that has remained undisturbed since the early 19th century, offering a rare view into the life of miners operating at the time of the Napoleonic Wars.

Personal objects, equipment and inscriptions have all remained in near-pristine condition due to the low-oxygen environment in the mineshaft, which has been likened to a “time capsule” by British archaeologists.

The mine was discovered by members of Derbyshire Caving Club at a site in Alderley Edge, Cheshire, that has been mined since prehistoric times and is now owned by UK heritage conservation charity the National Trust.

READ MORE: Experts call for stronger partnership with China rather than copycat moves

“Many mines have been filled in with rubble over the years or with sand washed into them by heavy rainfalls or they have been accessible in some form since they were abandoned, so anything of interest had been removed,” said Ed Coghlan, who is a member of the Derbyshire Caving Club. “To find a mine in pristine condition, together with such personal objects and inscriptions, is rare. It is a compelling window into the past and to the last day when the mine workers stopped their activities.”