Leaders of the Group of Seven nations recently launched the Partnership for Global Infrastructure and Investment, or PGII, during their summit in the Bavarian Alps of Germany 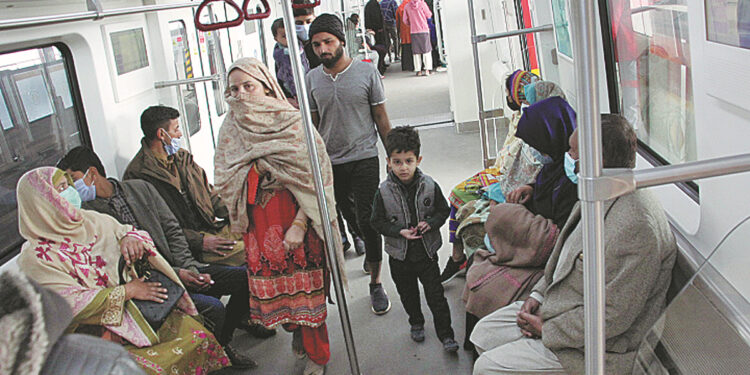 Copycat moves by the United States to counter the China-proposed Belt and Road Initiative, or BRI, will likely fall flat, say observers who instead suggest the country should boost cooperation with China to help it gain stronger partnerships and increased credibility.

Leaders of the Group of Seven nations recently launched the Partnership for Global Infrastructure and Investment, or PGII, during their summit in the Bavarian Alps of Germany, with a declared aim to leverage $600 billion of public and private funds by 2027 for the program. US President Joe Biden pledged $200 billion from his country.

The PGII is a rebranding of the Build Back Better World initiative, also known as B3W, which was put forward by the US at a G7 summit in the United Kingdom a year ago, as the West’s response to “counter” the BRI.

Pelagia Karpathiotaki, a Greek international relations scholar, said that PGII is really a communication tool to show the global audience that the US is bent on retaining its hegemony, and she believes it is unlikely to materialize.

While unveiling the B3W, Biden promised that it would help “meet the enormous infrastructure needs of low- and middle-income countries”. But it has so far yielded just $6 million in global infrastructure construction, which is a far cry from the billions that the US promised in the original announcement. The B3W was supposed to narrow a $40 trillion gap in infrastructure investment for developing countries.

READ MORE:  A Florida county is under quarantine due to the discovery of a prized delicacy in West Africa

“It is obvious that the PGII … is another geopolitical tool that aims to intensify decoupling tendencies and is a means to counter the Belt and Road Initiative and China,” Karpathiotaki said.

Karpathiotaki said it is unlikely to come to fruition for various reasons. Today, G7 countries and their societies face huge economic challenges, meaning it will be almost impossible to mobilize state resources for PGII purposes, she said.

Indeed, it is extremely difficult to mobilize private resources, since private organizations are motivated by profit, not politics. For Karpathiotaki, the PGII merely serves to show that the US still has the power and resources to design global initiatives after the West’s failure to confront Russia.

“The announcement of the PGII may in addition serve as a psychological comfort to the leaders of the G7 countries, giving them the feeling that they are contributing to global affairs,” the scholar said.

“But it is obvious that developing countries are no longer satisfied with promises, especially when there is an alternative proposal such as the BRI.”

In an article titled America Shouldn’t Copy China’s Belt and Road Initiative published on the website of the Foreign Affairs magazine on June 22, the US publication said the initiative is “the wrong approach to competing with China in the developing world”.

“The United States is notoriously bad at investing in and maintaining its own physical infrastructure, so it never made sense for it to try to build infrastructure projects abroad,” the article said.

“China is better at building, not just domestically but across the globe. Of the 20 largest construction contractors, 14 are in China, six are in Europe, and none are in the United States.

“Rather than trying to beat China at its own game, the United States needs to recommit to a vision of planetary prosperity through global cooperation, openness, transparency, and equal opportunity.”

Su Wei, deputy secretary-general of the National Development and Reform Commission, said at a recent press conference that nine years after the BRI was proposed, based on the principles of extensive consultation, joint contribution and shared benefits, fruitful results have been achieved.

China has signed more than 200 cooperation documents with 149 countries and 32 international organizations, according to official figures. By May, China’s trade in goods with countries involved in the BRI totaled $11.8 trillion, and its nonfinancial direct investment in these countries exceeded $140 billion.

A large number of projects have been built and put into operation. For instance, China-Europe freight trains have opened up a new land transport corridor between Asia and Europe, Su said.

By May, 55,493 freight train trips had been made between China and European countries, with 4.8 million 20-foot equivalent units of goods being transported. The trains provide strong support for the stability and smooth workings of the international supply chain, Su said.

While investing or operating in overseas markets, Chinese companies also have made great efforts to promote economic development and employment.

Cambodian PPSHV Expressway Co, a subsidiary of China Road and Bridge Corporation, hired more than 3,400 Cambodian workers during the construction of a major project, accounting for 79.7 percent of the total number of project employees. The company also provided internships to many university graduates.

Romny OM, general director of the Institute of Technology of Cambodia, points to the company’s efforts to nurture the technical skills of graduates.

“Through the training model featuring hands-on know-how sharing, local university graduates quickly got used to their work and learned and mastered advanced Chinese construction technologies, laying a foundation for them to work in the Cambodian infrastructure industry in the future,” he said.

In Pakistan, Chinese tech heavyweight Lenovo Group entered the market in 2017 and has since become one of the key vendors supporting the government’s digital transformation initiatives. According to figures from the International Data Corporation, Lenovo holds 41.8 percent of the market in Pakistan’s small and medium-sized business sector, with a 36.3 percent share of the enterprise segment.

“Besides supporting the government vision, Lenovo is also supporting local enterprises in the country through our portfolio of devices,” said Mohammed Hilili, general manager for the Gulf region at Lenovo.

According to World Bank forecasts, if all BRI transport infrastructure projects are carried out, by 2030, the BRI will generate $1.6 trillion of revenues for the world each year, or 1.3 percent of global GDP. Up to 90 percent of the revenues will go to partner countries, and upper-middle and low-income corridor economies are expected to benefit the most. The BRI could, from 2015 to 2030, contribute to lifting 7.6 million people from extreme poverty and 32 million from moderate poverty.

Manjari Chatterjee Miller, senior fellow for India, Pakistan, and South Asia at the Council on Foreign Relations, an independent think tank in the US, wrote in a recent report that BRI projects “have the potential to contribute to stability in countries that lack infrastructure and connectivity”.

The report, titled China and the Belt and Road Initiative in South Asia, said the success or failure of the BRI should be determined by asking two questions. First, do recipient countries view the BRI as a positive Chinese initiative that brings significant benefits, either political or economic? Second, has the recipient country been able to manage the BRI to advance its own domestic agenda?

And based on analysis of the projects in specific countries, the Council on Foreign Relations report pointed out that China’s BRI has generally been welcomed in many countries, such as Pakistan and Nepal.

READ MORE: End hunger: A future where insects make up a substantial portion of the world’s diet is on the horizon.

The US can gain stronger partnerships and increased credibility by actively empowering South Asian countries to assess the BRI’s merits and demerits, and supporting alternatives for those that opt out, rather than opposing the BRI wholesale, the report added.

Sedat Aybar, professor of economics and finance at the Bahcesehir University in Istanbul, said the BRI has bolstered the living standards of the Turkish people, as more and more Chinese companies have been investing in Turkey, supporting its development, especially in infrastructure, transportation, high technology and banking.

Chinese smartphone makers such as Huawei have also directly invested in Turkey, generating thousands of jobs, he added.