The event featured, as guest of honour, the Ambassador of the Republic of Equatorial Guinea to the Kingdom of Spain, Miguel Edjang Angue. 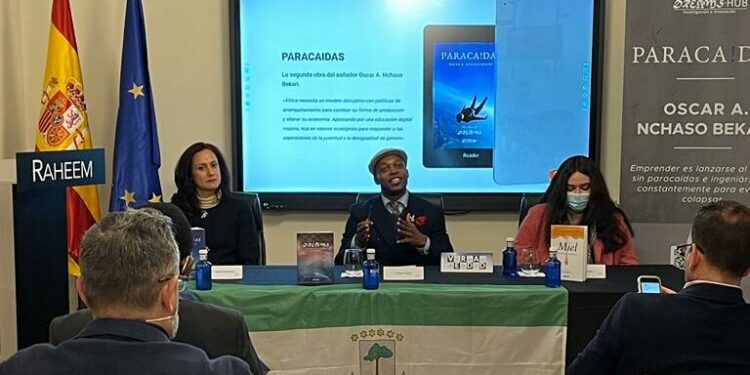 MADRID – After been announcing from his twitter handle @NchasoOscar, finally last week, March 2, we witnessed the presentation of Equatorial Guinean Writer and Polyglot, Oscar A. Nchaso Bekari’s second of three books, Paracaidas.

Held in Raheem International Private Business Club, the event featured, as guest of honour, the Ambassador of the Republic of Equatorial Guinea to the Kingdom of Spain, Miguel Edjang Angue. 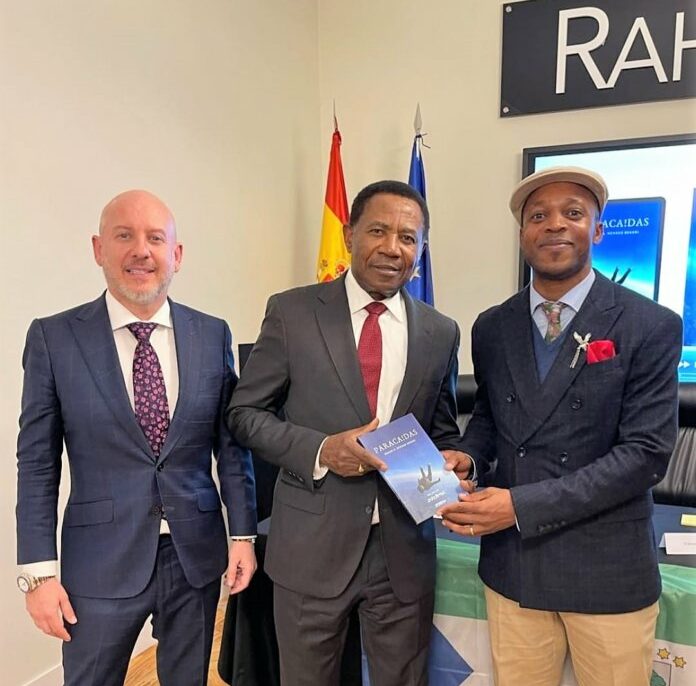 The Author, Oscar Nchaso, was accompanied by Ana Luna, a friend and artist, who collaborated with him for the illustrations of his third book, Miel. Also present was Alejandra Bernabéu, Entrepreneur and one of the eight women interviewed in the book. Both shared with the public, how different it is, expressing sincere words of praise about the intellectual and professional work, as well as their personal esteem for the author.

“Óscar has been fantastic, radiant as always, with his smile. He has the ability to make the listener fall in love with his warm words, always accurate and full of enthusiasm, vitality and optimism. He conveys trust and closeness. He has a special sensitivity to interpret reality, which can be appreciated so well in his book Dreams and in his poems of Miel, with that magical realism and without taboos, which he transmits to us with the freshest naturalness”, Ana Luna commented through her Facebook account. 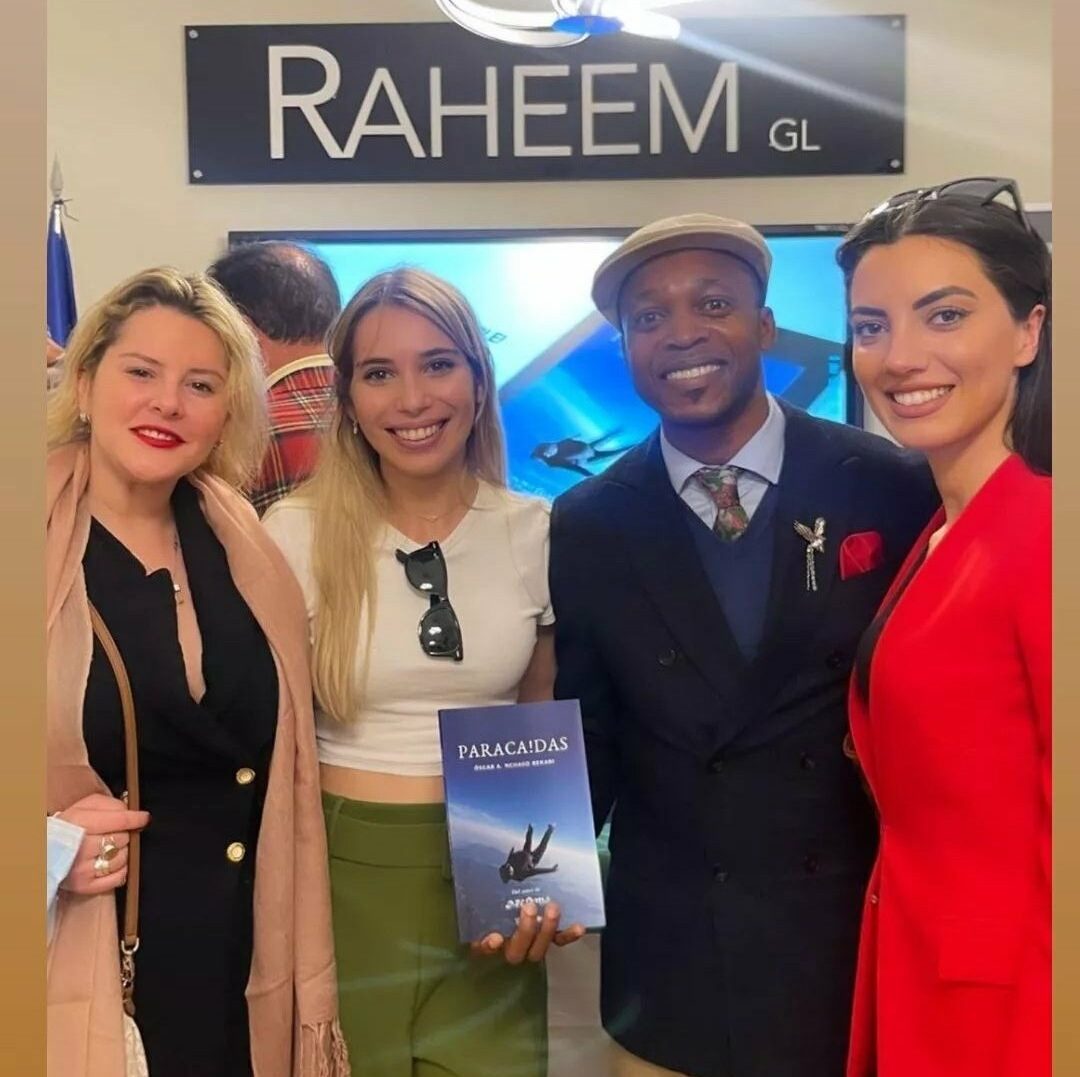 During the presentation of Paraca!das to a group of businessmen and entrepreneurs, members and non-members of the Raheem club, and after a welcome by José Tapias, CEO of the business club, Nchaso spoke about the challenge that entrepreneurship entails and his fantastic method, not as a formula for success – he clarified – but as what had worked for him to make his way through the jungle of life’s madness, with the spirit of sharing his experience. 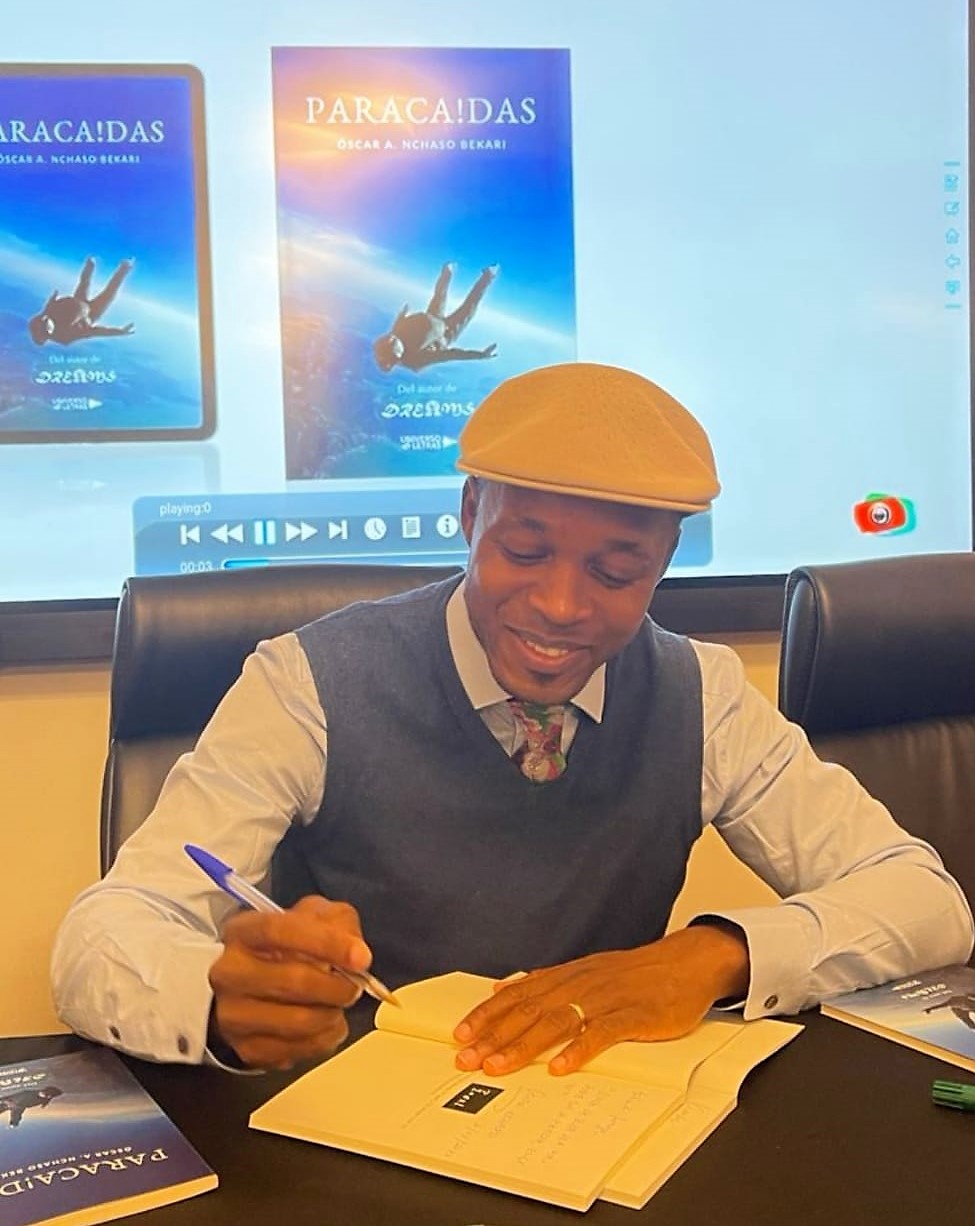 “To undertake is to jump into the void without a parachute and continually manage to avoid collapsing” he began his presentation with that phrase.

He told us about V.E.R.D.A.D (TRUTH in Spanish), a model of his own that he includes in the book. Acronym in which he included the Will, Enthusiasm, Reasoning, Determination, Assertiveness and Discipline. And also of a fabulous technique that he uses for self-knowledge, which he calls ‘DEAR ME’. Or, as he explains, a dynamic way of looking in the mirror, accepting yourself and constantly improving yourself. It goes thus:

Dear me, it’s only been a month since our last meeting and wow, what a change! People now see us and the first thing that stands out is that we have a very beautiful smile. Our network of contacts is growing. Very brilliant the idea of ​​regularly participating in cultural events… – and everything that occurs to us to recognize ourselves that implies an improved version of what we are and do”. 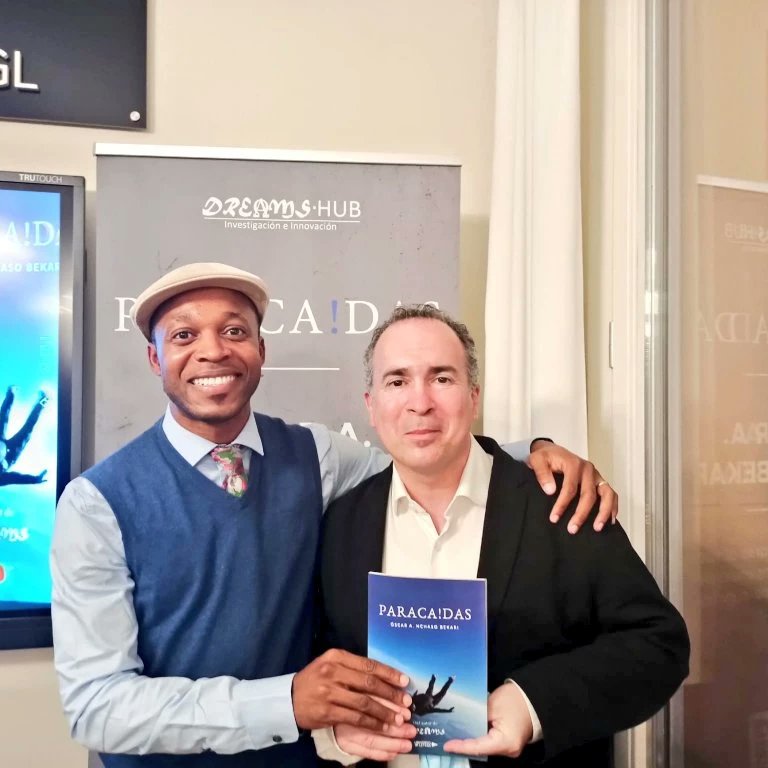 Mr. Nchaso is an economist, Raheem Ambassador to Africa, and founder of Dreams Hub, research and innovation center.

The Ambassador of the Republic of Equatorial Guinea in Spain, Miguel Edjang Angue, took to the floor at the end of the presentation, dedicating a few words of encouragement on the importance of this type of intellectual event to strengthen the cultural unions of Africa with Spain and the world, as well as his desire to later form a Chamber of Commerce and promote more cultural events in Spain. 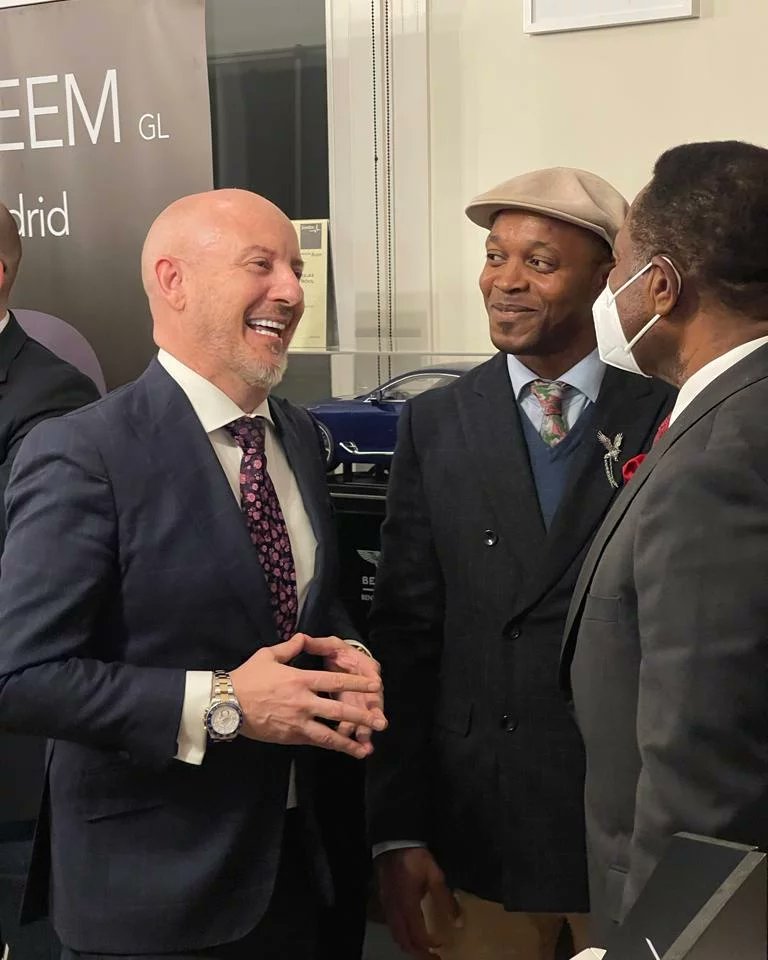 The day concluded with a networking event of those present and conversations accompanied with Spanish wine. 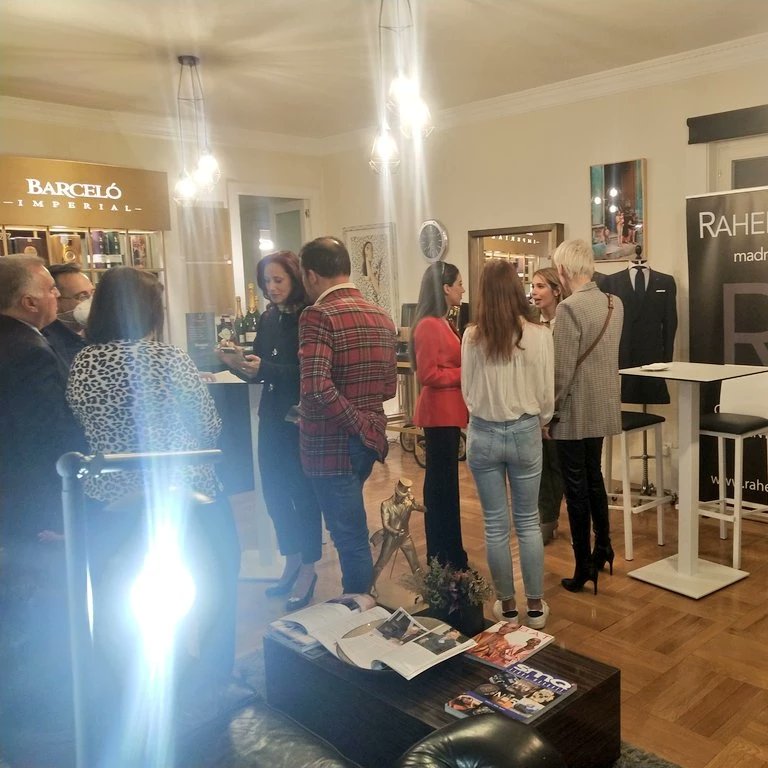