Maribel takes on this new job opportunity with enthusiasm and although the future is uncertain, she looks at it optimistically 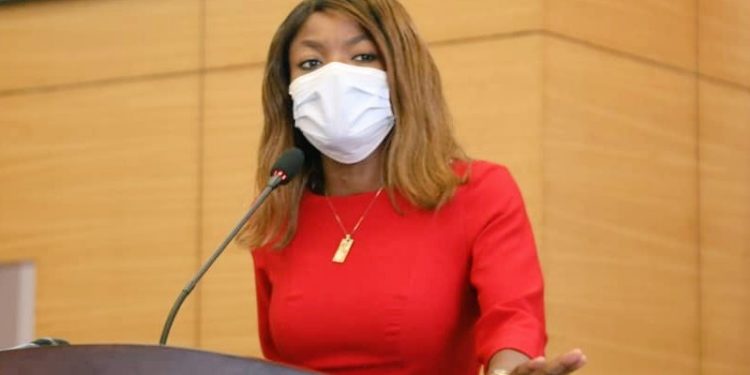 “I thank God and I feel very happy for this new opportunity to serve, above all, the productive development of people,” she said.

Maribel, 27, had previously worked at the private newspaper “El Lector”, the state newspaper “Ébano” and in the audiovisual media such as the private television network Asonga. She has also been part of the UN FAO GE office team, with whom she has worked for the last six years.

The presenter of the program “ELLAS y ELLOS” has reaffirmed her gratitude to everyone, for the friendship and familial relationships that she has forged, the experience gained and professionalism.

“I feel quite grateful to the Vice President of the Republic for believing in the potential of young people, the Asonga team with whom I have shared many years and especially with the FAO GE for having believed in me as a person and for having contributed a lot in my professional career”.

Among other experiences that make up her professional career, she has presented several events such as the “Ideal Woman” empowerment gala. She was elected as “Bantu Woman” of 2020, and the youngest spokesperson of the First Assembly of Women of Equatorial Guinea. As a member of the FOCO Social Project, she has promoted and directed actions such as the press freedom week, a digital and television campaign commemorating May 3.

Maribel takes on this new job opportunity with enthusiasm and although the future is uncertain, she looks at it optimistically – “in this new adventure I am going to give everything as usual without reservations or barriers. I firmly believe in the ability to contribute what is good and build others, thus leaving a mark for the generations to come”, she assures.

The new UNDP communication officer in Equatorial Guinea embarks on this new professional path with one of her favorite phrases: “There are no barriers in my story, there are challenges that become opportunities.”