The Ministry of Health has confirmed that South Africa's COVID-19 cases increased by 267, bringing the total to 4 220. Here's what we know. 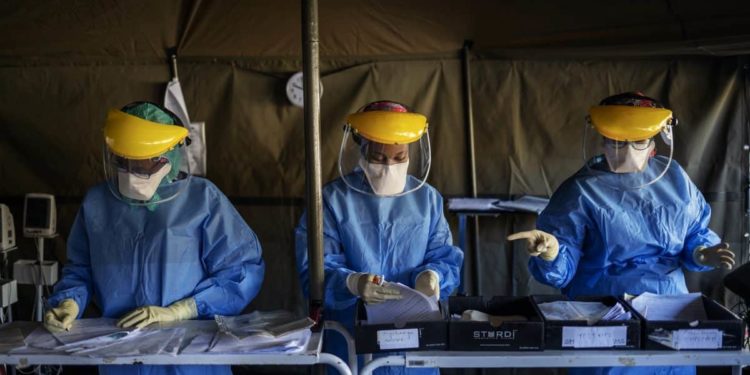 Health Minister Dr Zweli Mkhize, on Friday 24 April 2020, announced that the confirmed COVID-19 cases in South Africa increased to 4 220. What a way to start the long weekend, hey?

This is an increase of 267, as the total number of confirmed cases stood at 3 953 on Thursday 23 April. Mkhize also announced that the death toll now stands at 79, after an increase of 4 was recorded; 2 in Western Cape, and 2 in KwaZulu-Natal.

The number of recoveries had not been disclosed at the time of publishing. A total of 152 390 COVID-19 tests have been conducted thus far, of which 8 820 new tests were done in the last 24 hours.

“We convey our condolences to the families of the deceased and appreciate the health workers who treated the deceased patients.”

Battling COVID-19 on the frontlines

Approximately 28 000 community health workers are working tirelessly to test a population of about 57 million. However, Mkhize warned that e still have a long road ahead of us.

President Cyril Ramaphosa confirmed during his “My Fellow South Africans” address on Thursday, 23 April 2020, that an additional 73 000 SANDF members would be deployed.

“As part of expanding this effort, I have employed over 70 000 defence force personnel to assist with various parts of our coronavirus response. Until now, those defence force members that have been deployed have supported the South African Police Service in their responsibilities.”

He added that the troops will continue to assist the SAPS, while “also providing assistance in other essential areas”, such as the provision of water supply, health services and infrastructure.