WHO Regional Director for Africa, Dr. Matshidiso Moeti, said in a statement, that the vaccine would help for emergency 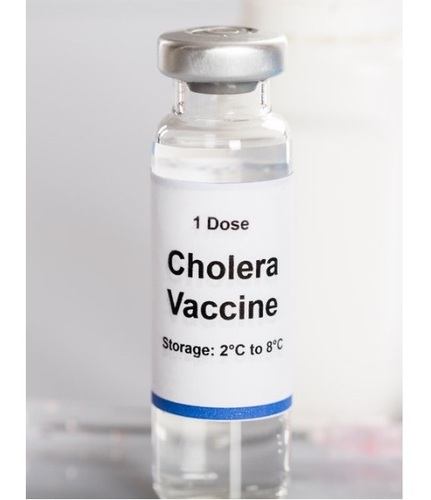 The World Health Organization says it will conduct hybrid training in Abuja from April 25 to 29 for health professionals emphasizing the importance of integrating the Oral Cholera Vaccine (OCV) as an option.

WHO Regional Director for Africa, Dr. Matshidiso Moeti, said in a statement, that the vaccine would help for emergency and preventive cholera outbreaks in endemic countries.

According to her, the training which aligns with Ending Cholera: A Global Road Map to 2030, is intended for individuals that will be involved in the planning and implementation of OCV campaigns.

She said that the road map launched in 2017 targeted a 90 per cent reduction in cholera deaths by 2030 and the elimination of cholera in at least 20 countries out of the 47 currently affected.

Moeti said that the capacity-building workshop would strengthen the health systems in implementing high-quality OCV activities.

She said that the roadmap priority for countries is to plan OCV campaigns in targeted cholera hotspots as a component of their National Cholera Control Plan with some challenges.

Others, she said, are lack of OCV use in outbreak response in some settings, and inadequate monitoring and evaluation of OCV campaigns were needed to be addressed

She said the workshop targeting the Anglophone Cholera Priority countries is aimed to strengthen the capacities of health professionals from ministries of health, key in-country partners and independent individuals.

Moeti said the participants would likely lead or be part of decision-making regarding the inclusion of OCV in cholera control activities or who may coordinate an OCV campaign.

She said the workshop was designed to address the associated lack of human resources knowledgeable about OCV by building awareness and practical skills on developing an emergency and preventive OCV campaign request.

According to her, the workshop will also include how to identify areas in an active outbreak to target OCV as a control intervention.

She said the workshop would address how to identify hotspots to prevent cholera outbreaks as part of a multi-year OCV plan.

She said that vaccination against cholera are increasingly used as additional control measures for the prevention and the control of cholera outbreaks since 2013.

According to her, the Global Task Force on Cholera Control (GTFCC) is a global network of organizations that brings together partners involved in the fight against cholera across all sectors.

She said that the control would offer an effective country-driven platform that promotes a multi-sectoral, and well-coordinated approach.