China's dynamic zero-COVID-19 strategy has prevented significant losses in both lives and the economy and contributed to the global fight against the pandemic, said African scholars. 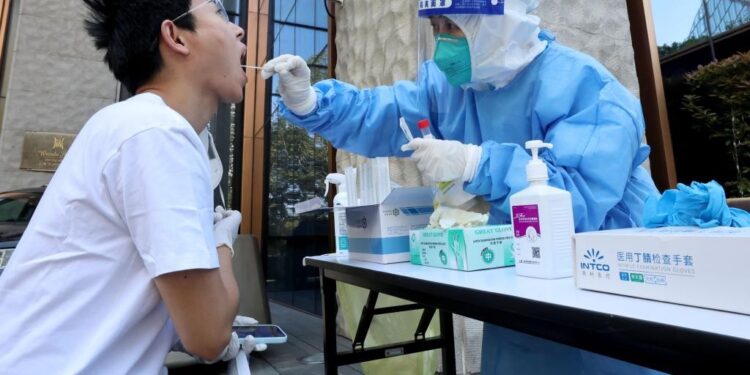 “China is sticking to a dynamic zero-COVID policy because it has paid dividends. The country still has one of the lowest infection and death rates despite having the highest population in the world,” said Gerald Mbanda, a Rwandan researcher and publisher on China and Africa.

The Chinese mainland has reported about 167,000 confirmed COVID-19 cases since the first outbreak more than two years ago, including fewer than 4,700 deaths, according to the National Health Commission. Considering its 1.4 billion population, China’s infection and death rates for the disease are significantly lower than in most parts of the world.

In Shanghai, which is experiencing the largest COVID-19 outbreak in China over the past two years fueled by the highly transmissible Omicron variant, 27,719 new domestically transmitted infections were reported on Wednesday, according to the commission. More than 90 percent of the people found on Wednesday to be infected were asymptomatic.

As the most populous country, China faces a great challenge on halting the transmission of the virus, and it has been adopting strategies including mass testing, isolation and lockdowns in serious situations based on science, said Mbanda, who notes this approach has resulted in the best outcomes.

“Had it not been for the stringent dynamic zero-COVID-19 policy, China may have suffered more than 200 million infections and 3 million deaths by now, if it had attempted to ‘live with the virus’,” he said.

Even some Western countries, which at the beginning of the pandemic politicized China’s approach, later adopted the same measures, he said. But they just applied them in part and often halfheartedly, leading to disastrous consequences with very high numbers of infections and deaths, he added.

Adhere Cavince, a scholar of international relations in Nairobi, Kenya, agrees that China’s COVID-19 coping strategy is effective in preventing significant loss of life and safeguarding the economy.

Every country has unique domestic conditions that make one state different from the next. Such differences require customized and context-responsive strategies that promise the best outcomes, he said. China has adopted a dynamic zero-COVID strategy that has so far delivered much value to the Chinese people and the rest of the world, he said.

“Thanks to its dynamic zero-COVID strategy, China has registered stronger economic growth compared to other big economies around the world,” he said. “China’s strong economic showing has been a boon for global economic stability and growth. This has particularly been important for developing countries whose economies were devastated by the pandemic.”

As the first major country to effectively emerge from the pandemic, China has been a major global contributor to anti-epidemic materials. The country has provided more than 2 billion doses of COVID-19 vaccines to other countries, making it the largest supplier of the commodity in the world, according to China’s Ministry of Commerce.

“China’s dynamic zero-COVID-policy is working to save lives. Its benefits outweigh the temporary inconveniences,” Mbanda said. “As China defeated the first waves of COVID-19 infections, there is much optimism that even the current one will be soon be defeated because of the effective control measures.”