Action needed to turn back the deserts: Global Leaders

At the top of the COP 15 agenda is the restoration of 1 billion hectares of degraded land between now and 2030. More than 2,000 participants are expected at the 12-day event. 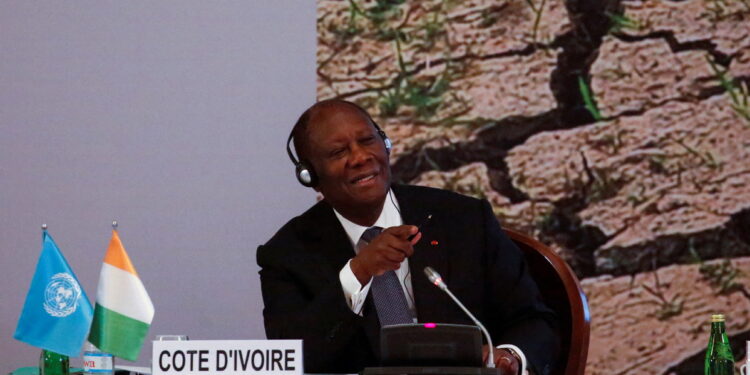 Global leaders have called on the international community to take urgent action to stem the loss of life and livelihoods linked to the increasing and devastating impacts of desertification, land degradation and drought.

The leaders spoke at the Heads of State Summit in Cote d’Ivoire’s city of Abidjan, which was convened ahead of the opening of the 15th session of the Conference of the Parties, or COP 15, to the United Nations Convention to Combat Desertification on Monday.

They adopted the Abidjan call during the conference, which urged the highest priority to be given to combating drought. They also reinforced the commitment toward achieving land degradation neutrality by 2030.

The leaders’ call to action comes in response to a stark warning by the UN Convention to Combat Desertification that up to 40 percent of all ice-free land is already degraded, with dire consequences for the climate, biodiversity and livelihoods.

They said business as usual will result in the degradation of 16 million square kilometers by 2050, with 69 gigatons of carbon emitted into the atmosphere.

Amina Mohammed, the UN’s deputy secretary-general, said though half of the world’s GDP and half of its grain supplies depend on addressing land degradation, the world is accelerating land degradation and making desertification worse instead of investing in solutions.

Mohammed said land restoration could generate up to $140 trillion a year－1.5 times last year’s GDP. This, she said, can be achieved for less than a quarter of the sum spent on fossil fuels and farming subsidies each year.

She said every dollar invested in restoring land can generate up to $30 in benefits.

“We can either spend $2 trillion a year on reacting to future pandemics, or just 1 percent of that sum now to stop them at source,” Mohammed said. “We can use 80 percent of farmland for livestock to produce 20 percent of our calories, or use the same farmland for 100 percent of calories－which also provide a healthier diet.”

Ibrahim Thiaw, executive secretary of the UN Convention to Combat Desertification, said there is no future for children or the planet if no new action is taken to manage land.

“COP 15 is our moment in history, as the international community, to put people and the planet on a new course; on the path to life, to COVID-19 recovery and to prosperity,” he said.