These are people who should be paying, and who were not paying, who have been gradually brought into the field of formalization 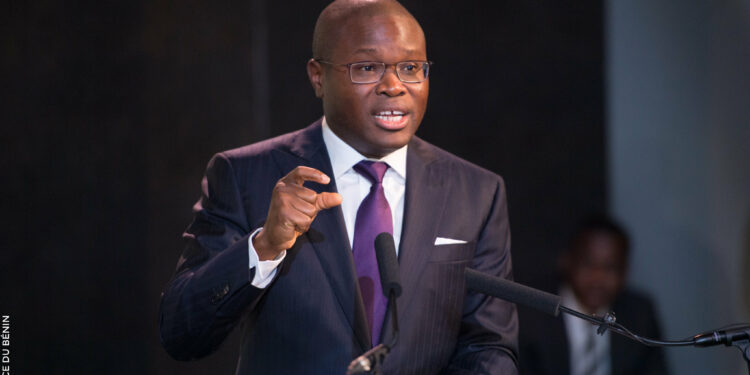 The Minister of Economy and Finance, Romuald Wadagni, has clarified the controversy about a dizzying increase in taxes that would be one of the causes of the high cost of living.

Romuald Wadagni, Minister of Economy and Finance, was formal on the program “Le débat public”, on national television, last Sunday, April 3. According to the national treasurer, “The position of the government of Patrice Talon since 2016 has said we will simplify the tax administration.

He explains that when in a country, 100 people contribute out of 1,000, they do so insignificantly in the face of needs.

“We will limit the number of levies, expand the number of contributors and then lower the amount of taxes.” He added that It is therefore necessary to work to ensure that all those who are supposed to contribute, do so effectively, and then tax revenues increase. According to the Minister of Economy and Finance, “in 2016, there were about 16,000 taxpayers for corporate income tax, against 25,000 in 2021 or about 40% more. And the 30% corporate tax rate has not changed.

READ MORE: Benin: The Forest Of Parakou Undergoes A Reduction Of Its Perimeter

These are people who should be paying, and who were not paying, who have been gradually brought into the field of formalization, the field of respect for the law. When these people pay today, they present it as a new pressure, new taxes”.

He added that from 2016 to date, the number of levies has dropped from 52 to 34. That is, there have been deletions and reorganization of levies. Also, the VAT, a tax generally paid by all citizens, which is 18% in Benin, has already increased to 19 or even 20% elsewhere.

“We have not touched this 18% rate. And on rice, we have made an abatement of 80% of Vat. From the point of view of facilitating relations with the tax authorities, for the past two years, the withdrawal of the tax certificate, which was subject to 5,000 F CFA, is made free and available online”

“Whenever we can make it free, we do it. The number of taxes has been reduced. No tax has been increased in amount. This is the reality of things,” concluded the Minister of Economy and Finance, Romuald Wadagni.