The WHO is calling on countries to enhance genomic surveillance to better understand circulating SARS-CoV-2 variants. 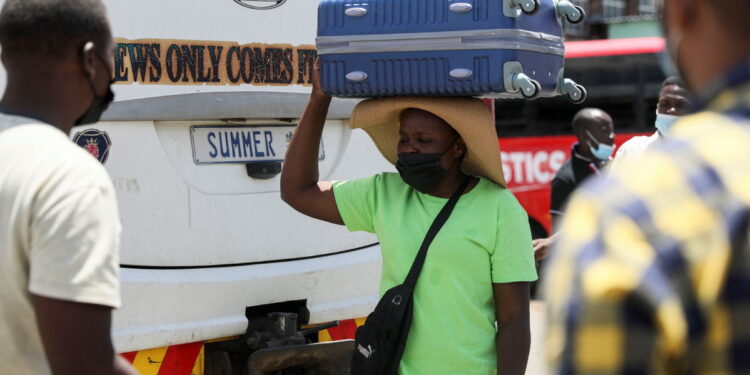 Scientists in Botswana and South Africa are deepening investigations that they have been carrying out into the infectivity and virulence of two sublineages of the Omicron variant of COVID-19 that have been discovered in the countries.

Dubbed BA.4 and BA.5, the subvariants have been detected in four people in Botswana and 23 in South Africa.

The World Health Organization said there is no cause for alarm over the variants because no significant epidemiological differences have been observed between them and the known Omicron sublineages.

“We are not yet observing a major spike in cases, hospitalizations or deaths,” Matshidiso Moeti, the WHO regional director for Africa, said in a statement on Tuesday. “We are working with scientists in Botswana and South Africa to gain complete behavioral knowledge of these sublineages and supporting African countries to enhance genomic surveillance to detect potentially dangerous variants and stay ahead of the virus.”

Tulio de Oliveira, the director of the Centre for Epidemic Response and Innovation in South Africa, said BA.4 and BA.5 share a similar spike protein profile to the BA.2 subvariant except for additional mutations.

“Despite the increase in the percentage of genomes, BA.4 and BA.5 are not causing a spike in infections in South Africa. The same is seen for hospitalization and deaths, which South Africa is at a record low,” he said on Twitter on Monday.

Referring to what he calls the complex immunity landscape in South Africa, the high immunity levels in the population are probably a factor behind the low numbers of infections, hospitalizations, and deaths compared with the country’s experience in the Delta and Omicron BA.1 waves.

The sublineages have also been found in European countries including France, Portugal, Belgium, Denmark, Germany and the UK.

Pieter Streicher, a research associate at the University of Johannesburg’s Institute for the Future of Knowledge, said high levels of community immunity from prior Omicron infections provide good protection against all new Omicron subvariants.

The WHO is calling on countries to enhance genomic surveillance to better understand circulating SARS-CoV-2 variants. They should also submit complete genome sequences and associated metadata to a public database and report to the WHO initial cases or clusters of cases linked with a variant of concern.

The UN agency recommends that countries sequence at least 5 percent of all positive samples.