He said no nation in Africa has suffered debt stress or been forced to mortgage its ports, mines or other strategic resources to China just because it has entered into financing cooperation with the development partner. 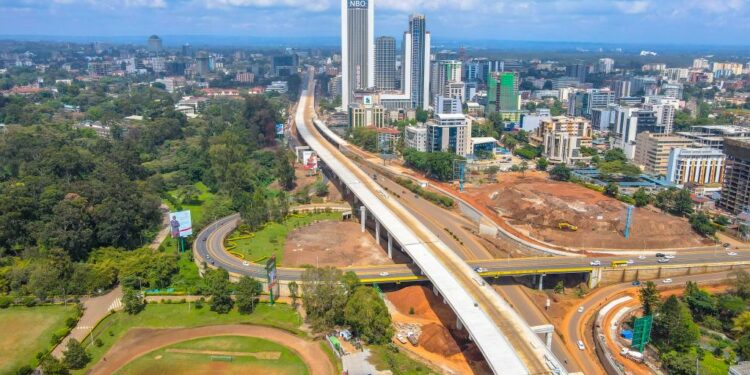 Talk of a so-called Chinese “debt trap” burdening African countries is pure disinformation and, contrary to what those behind the smears say, China has always been dedicated to easing Africa’s debt pressures, China’s ambassador to Kenya said.

Western capital, rather than flows from China, is the biggest source of debt for African countries, and not a single developing country has fallen into the so-called “debt trap” because of Chinese loans, ambassador Zhou Pingjian said in an article published in The Star, a Kenyan newspaper, on Friday.

“Kenya for instance owes less than 10 percent of its public debt, and less than 20 percent of its foreign debt to Chinese creditors,” Zhou said. “All the loans from China to Kenya are project-specific based on equal-footed consultation and mutually beneficial cooperation. The fruitful and tangible outcomes of our cooperation are solid there for all to see.”

“Tarnishing the transparency of China-Africa cooperation is an insult to the governance of African countries and the wisdom of the African people. Such attempts themselves, I am afraid, are driven by the least transparent of intentions,” Zhou said.

In a report released this month by Debt Justice, a British-based global debt watchdog, said African governments owe three times more debt to Western banks, asset managers and oil traders than they do to China, and are charged double the interest by the Western lenders.

According to Debt Justice’s research, China has been mistakenly blamed by Western leaders for a failure to make progress on debt restructuring in Africa. It also shows that just 12 percent of African governments’ external debt is owed to Chinese lenders compared with 35 percent owed to Western private lenders, according to the calculations based on World Bank data.

According to the World Bank database, African governments were due to pay an average interest rate of 5 percent on loans owed to Western private creditors in contrast with an average rate of 2.7 percent to Chinese lenders.

Tim Jones, the head of policy at Debt Justice, said Western leaders blame China for debt crises in Africa but this is a distraction. The truth is, their own banks, asset managers and oil traders are far more responsible, but the Group of Seven nations are letting them off the hook.

“China took part in the G20’s debt suspension scheme during the pandemic, private lenders did not,” Jones said. “There can be no effective debt solution without the involvement of private lenders. The UK and the US should introduce legislation to compel private lenders to take part in debt relief.”

Zhou said China is truly committed to supporting Africa’s development and revitalization, and has always been dedicated to easing Africa’s debt pressures.

“China is fully implementing the G20 Debt Service Suspension Initiative for Poorest Countries,” he said. “It has put off more debt payments than any other G20 member, signed agreements or reached common understanding on debt relief with 19 African countries, and engaged in the case-by-case debt treatment of Chad and Ethiopia under the G20 Common Framework.”

Foreign Ministry spokesman Wang Wenbin said last week that the so-called “debt trap” is more of a “narrative trap “created by those who do not hope to see China-Africa cooperation pick up speed.