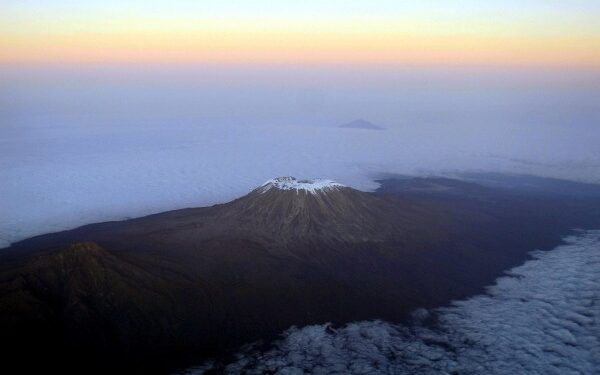 A South African animal activist Sandra Cheung led a group of 14 animal lovers to climb Mount Kilimanjaro, the tallest mountain in Africa, in early July to raise funds for the care of abandoned animals and raise public awareness about animal cruelty.

Cheung, a 35-year-old Chinese descent financial manager at a bank in Johannesburg, said it took the group seven days to reach the summit of Tanzania’s Mount Kilimanjaro. The group of 15 animal lovers reached the summit, which is 5,895 meters above sea level, on July 8.

Cheung said she grew up loving animals, particularly dogs, and has always shown compassion to them. It is yet to be established how much the animal lovers raised. Cheung personally with family and friends donated $1,250 to the Johannesburg Society for Prevention of Cruelty to Animals.

“All the funds collected will be used for the care and treatment of abandoned, unwanted and abused animals taken in by the SPCA. We are trying to raise awareness about animal cruelty and promote compassion towards animals and help give a voice to animals who cannot speak for themselves. My message is don’t hurt animals. If you can’t help, don’t ill-treat animals. They deserve respect and compassion. I learnt new experiences during our trip,” said Cheung.

Cheung and the other animal lovers started to plan for the climb in 2020. She said the trip wanted someone who was “physically and mentally strong”. She said it was cold in the evenings and they were carrying a load containing oxygen. Cheung said after the trip her muscles and legs were sore and she was tired. She does not rule out another mountain climbing to raise money to protect the animals, however.

The Johannesburg Society for Prevention of Cruelty to Animals expressed appreciation for Cheung and her team for their effort. They said there is an overpopulation of animals with some owners not sterilizing them. The society said many pet owners fail to feed them and donate them to shelters.

In a written statement to China Daily, the society said, “This is an extremely tough challenge to complete both mentally and physically and we thank each and every person who supported and donated toward Cheung’s great cause and who kept track of her journey up the mountain. The money raised covers hospital treatments, operations on injured animals, food for all the animals in our care, helps fund community outreach to sterilize as many as we can – the list is endless.”

They said they rely on fundraising and always transparent on how the donated money is used. Cheung and Society for Prevention of Cruelty to Animals appealed to well wishers to donate so that they would be able to take care of the animals and attend to the sick.