Ambassador Xue Bing, the newly appointed Chinese envoy for the Horn of Africa, has concluded his inaugural visit to the region, a trip that took him to Kenya, Eritrea, Ethiopia, South Sudan, Uganda and Somalia. 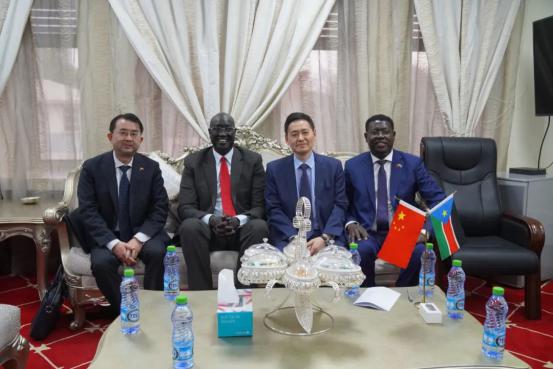 The diplomat’s mission was meant to gauge the reception for China’s proposed outlook on peace and development in Horn of Africa countries. The initiative, which was mentioned by State Councilor and Foreign Minister Wang Yi during his January diplomatic outreach to Africa, aims to foster peace, security and development among the eight countries that constitute the Horn region.

Envoy Xue’s visit has unearthed some underlying issues that could be instructive in China’s push for a stable and economically prosperous Horn. It found the prevailing opinions and attitudes of regional leaders on the role of external development partners. African leaders are not interested in partnerships based on conditions, ultimatums or coercion.

There is also an overwhelming desire on the side of the Horn countries to weave together a stable, peaceful and economically sustainable region. The envoy’s call for a peace conference for the Horn was well received, with Kenya and Ethiopia offering to host the first conference in the coming months.

Xue got the ball rolling by articulating China’s brand of international relations, in which peace and development are at center stage in its cooperation with Africa. By emphasizing that China will only send engineers and students to Africa’s troubled hot spots, he is clearly contrasting China’s diplomacy with that of Western countries. As a way of offsetting the Horn’s challenges in the short term, the envoy announced emergency food aid to four countries－Eritrea, Djibouti, Ethiopia and Somalia－valued at $6.3 million.

There is no doubt that the task Xue has embarked upon is a challenging one. The Horn of Africa is currently experiencing a number of security issues, such as terrorism and territorial disputes, as well as ethnic and religious conflicts. These conflicts require complex responses, as their persistence over the years indicates that past strategies have been inadequate.

To succeed in his endeavor, the special envoy must first be perceived as impartial and a consensus builder on the key security and development issues facing the region. The peace conference will be a good place to start.

China has also managed to consolidate a reasonable peace and security ecosystem at home, despite being the most populous country. Issues such as managing ethnic tension, providing an equitable share of development proceeds and establishing governance systems that deliver incredible feats such as extreme poverty elimination in all parts of China can be important learning points for African countries.

As a permanent member of the United Nations Security Council, China should continue to champion progressive mechanisms, ideas and policies to boost peace and security in the region. Beijing can achieve this through effective coordination with other Security Council members such as Kenya.

The social, political and economic viability of the Horn of Africa promises to restore hope for millions of people who have been uprooted from their homes due to conflict. It can bring to an end the perennial challenge of food insecurity and cure the old wounds of territorial wrangles.

China also stands to gain from a stable Horn of Africa. The region is a major gateway to the rest of the continent, providing entry and exit points for raw materials and industrial products, thereby significantly anchoring trade between China and Africa.

The Horn countries should boldly and jointly confront prevailing challenges through multilateralism. Countries such as Kenya that have a penchant for peace diplomacy should continue shouldering leadership roles toward breaking the region’s double challenge of conflict and underdevelopment.