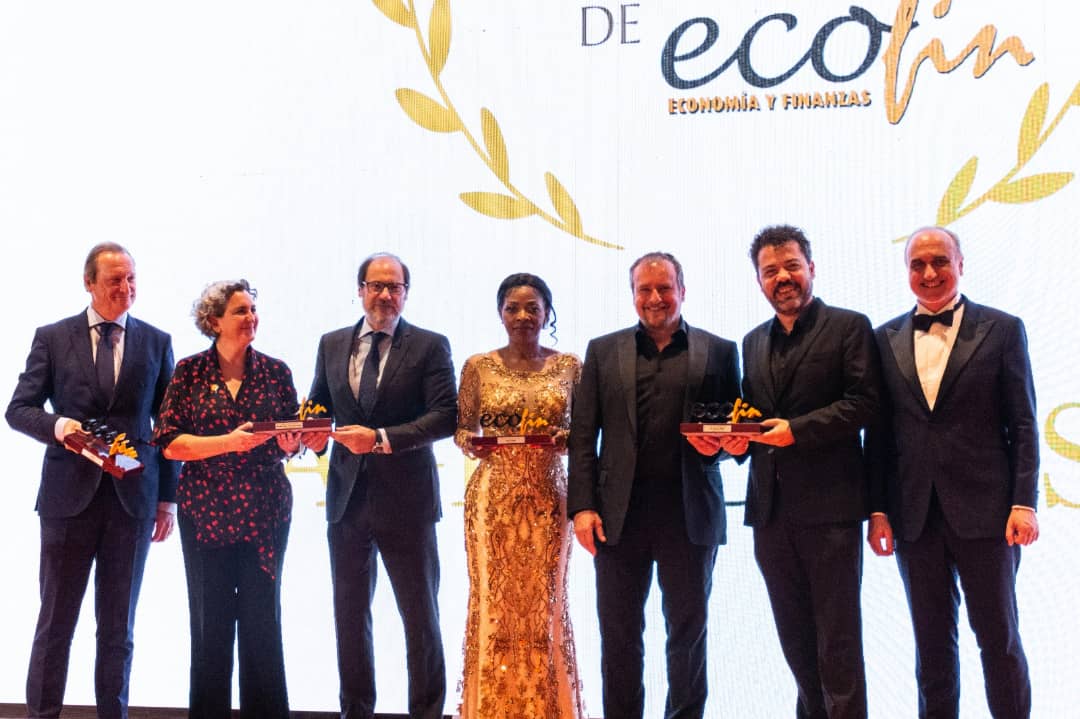 In a befitting gala earlier this month, The ECOFIN Forum handed out its traditional awards which also served as a celebration of its 15th Anniversary. The event, which took place at the Eurostars Madrid Tower Hotel, brought together 300 businessmen and executives from the economic and financial community from all over.

During the event, which was opened by Salvador Molina , President of the ECOFIN Forum and the Madrid Capital FinTech (MAD FinTech) cluster, and was enlivened with a musical performance by the soprano Pilar Jurado, a show by Jordi Nexus and the humor of Mr. Corrales, the different categories of prizes were awarded and companies and institutions recognised for their outsanding work.

Salvador Molina, in his welcome speech, encouraged those present to undertake projects regardless of the moment and the situation. “15 years ago they told me that it was not a good time to create ECOFIN because we were in crisis, but the natural state of people and things is to be in crisis,” he explained, before giving way to the award ceremony in its different categories, which took place after a welcome cocktail enlivened by a pianist.

Like every year, the ECOFIN Forum recognized companies and entities that make up the image of Spain inside and outside its borders. In this edition, the series ‘ La Casa de Papel ‘, which was the most watched on the Netflix platform for months, received one of the awards, which was collected by the actor Fernando Cayo, known for his role as a tough CNI inspector in the series that has hooked millions of people, and Jesús Colmenar, director and executive producer of La Casa de Papel, and founding partner of Vancouver Media, the production company behind other Spanish international successes.

In addition, the Osborne Group and projects that reinforce Madrid as an international air hub , such as the Punta Europa airline, which links the Spanish capital with Equatorial Guinea, Africa, received two awards for their work and boosting the economy.

With these awards, ECOFIN consolidates itself as the meeting point for the business community in Madrid and the driving force behind innovative initiatives that contribute to the economic growth of the region and its position as a pole of attraction for foreign investment. Activities that it has been carrying out tirelessly for 15 years and that in 2023 will be reinforced with the launch of a School for Spokespersons or the Ecofin European Institute for Leadership, with the aim, in both cases, of training the leaders of the future. All this, while continuing to promote Here Radio and Now TV, a large digital radio and television audiovisual project together with the Woman’s Week Foundation, and with the MAD FinTech cluster consolidated as the most important financial digitization hub in Europe.