The second consignment of medical supplies from Jack Ma Foundation to Botswana government arrived in Gaborone, the capital city on Thursday evening. 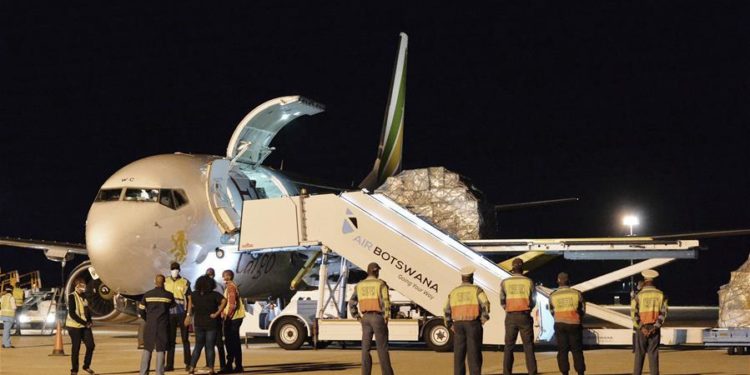 The second consignment of medical supplies from Jack Ma Foundation to Botswana government arrived in Gaborone, the capital city on Thursday evening.

After receiving the donation at Sir Seretse Khama International Airport, Morrison Sinvula, Deputy Permanent Secretary in the Ministry of Health and Wellness, said with the second helping from the Chinese foundation, Botswana now has enough protective clothing for front liners.

Lemogang Kwape, Minister of Health and Wellness, on Thursday morning announced that the southern African country has registered two new confirmed Coronavirus cases, bringing the total cases to 15 since the first case was identified in mid March. Of the 15 cases, one, a 79-year-old woman, has died.

The country is now on a 28-day lockdown that will end on April 30.

Parliament has also recently adopted a motion that President Mokgweetsi Masisi tabled requesting for a six moths period of state of emergency, which he argued will help government better fight the scourge.