Public health experts have warned the United States is running out of time to contain the monkeypox outbreak as nearly 3,000 confirmed monkeypox cases have been reported in the country. 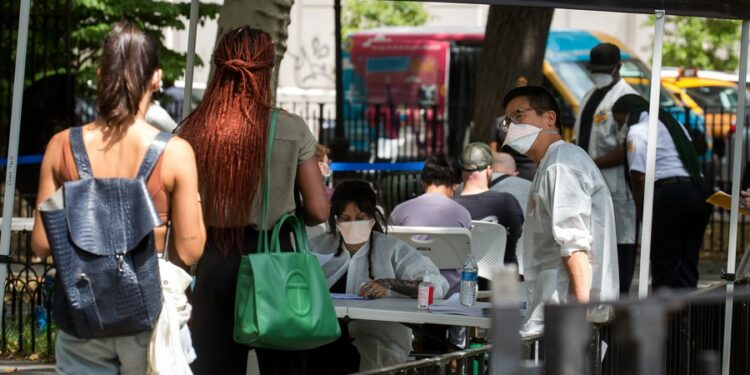 The state of New York had the most cases, with 900, followed by California with 356 and Florida with 247, according to the latest data from the US Centers for Disease Control and Prevention (CDC).

Given the testing bottlenecks in the United States, monkeypox cases are likely being undercounted, health experts said.

The CDC confirmed two cases of monkeypox in children on Friday. One case is a toddler who is a resident of California. The other is an infant who is not a US resident.

Public health officials are investigating how the children were infected. The CDC said the two cases are unrelated and probably the result of household transmission.

“We’re losing daylight,” said Anne Rimoin, a professor of epidemiology at the Fielding School of Public Health of the University of California, Los Angeles.

“Every day that we aren’t continuing to push forward on all fronts, the less likely it is that we will be able to contain it,” she said.

US officials have already expanded testing and made tens of thousands of vaccines available. But the limited supplies have not matched demand, health officials said.

“We are way behind in a lot of aspects, including rapid testing and access to treatment for those patients who might need treatment,” Preeti Malani, an infectious disease specialist at the University of Michigan, told the National Public Radio.

Experts have called for a larger response from the federal administration to contain the outbreak.