Malaria: Child deaths in Nigeria decline by 16 percent in 10 years

Child deaths from malaria in Nigeria reduced by 16% in the last 10 years, a new report by the United States President Malaria Initiative in conjunction with World Malaria Day said. 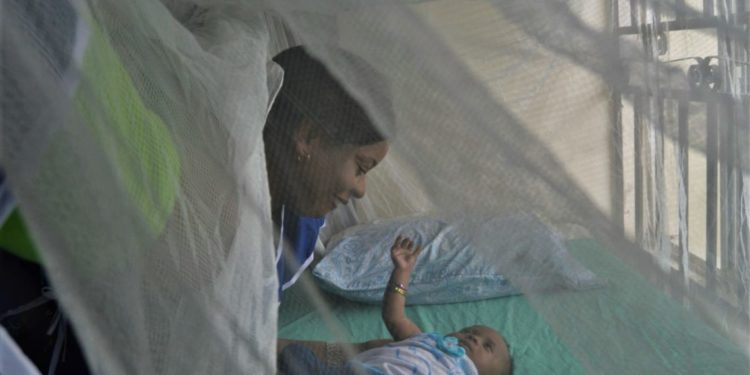 Malaria prevalence also fell to 23 percent from 42 percent during the same period.

“Malaria is one of the leading causes of death among children in Nigeria,” said USAID Mission Director Stephen M. Haykin, who oversees PMI activities in collaboration with CDC leadership.

“We are pleased to see our partnership with Nigeria has had clear success, and will continue this support with proven methods of prevention and treatment against malaria.”

PMI’s report mirrored the commentary about malaria prevalence in Nigeria in the World Malaria 2019 published by the World Health Organisation.

The report showed that there were an estimated 228 million cases of malaria worldwide in 2018.

405,000 malaria deaths were recorded in the same year with Nigeria accounting for “almost 24% of all global malaria deaths, followed by the Democratic Republic of the Congo (11%), the United Republic of Tanzania (5%), and Angola, Mozambique and Niger (4% each).”

Nevertheless, malaria remains an onerous burden among the poorest and the most vulnerable echelons of Nigerian society. During pregnancy the disease can pose a life-threatening risk to both mothers and babies; malaria also causes adults and children to miss work and school, contributing to economic hardship.

Since 2010, PMI has invested $635 million to procure and distribute 57 million LLIN nets, support advocacy campaigns to encourage members of the community to sleep under the bed nets every night, and train health workers to test for malaria before treatment.