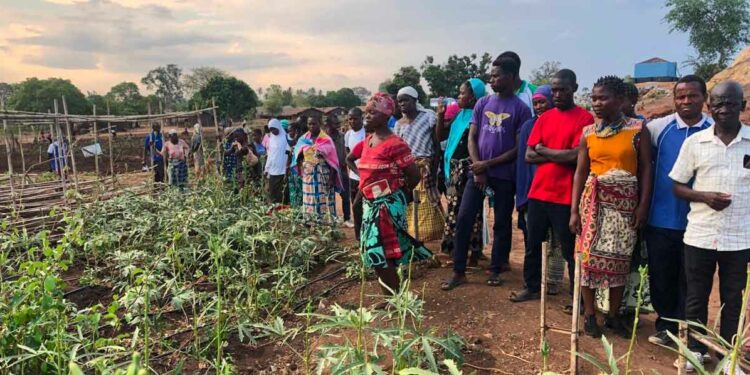 The Board of Directors of the African Development Bank Group on 11 February 2022 approved a $1.4 million grant for enhancing private sector engagement and capacity building for refugees and internally displaced persons in fragile areas of northern Mozambique.

The project will be implemented by the global refugee agency UNHCR, collaborating with the Government of Mozambique. The grant is from the Transition Support Facility Pillar III.

Mozambique is host to 28,000 refugees and asylum seekers and over 735,000 people displaced by ongoing violence in Cabo Delgado Province. The majority of the internally displaced people remained in the province. An estimated 69,000 people moved to Nampula, and the remaining moved to the provinces of Niassa, Sofala, and Zambezia.

The project aims to enhance private sector engagement to improve the inclusiveness of market systems and entrepreneurship through training and support for business development and access to financial services.

The UNHCR welcomes this cooperation with the African Development Bank and the Government of Mozambique as a major achievement to bridge the humanitarian-development gap in northern Mozambique, and improve the resilience for vulnerable populations building on the partners’ comparative advantages.

UNHCR Representative in Mozambique Samuel Chakwera said: “It is key to provide solutions for refugees, asylum-seekers and IDPs and do so in a way that also benefits the communities that host them. Often these are the most vulnerable populations. We share this as a common task towards the 2030 agenda to improve the resilience and self-reliance of those most left behind, no matter if we come from the humanitarian or development spectrum of responses. This project is a great example of how livelihoods can be used as a protection tool targeting those most in need, while their capacity to take care of themselves, families and communities is being increased.”

Cesar A. Mba Abogo, Country Manager of the African Development Bank in Mozambique, stated: “Creating economic opportunities is vital for addressing fragility, supporting stability, and catalyzing social cohesion. As such, private sector engagement plays an important role in economic recovery and in addressing and sustaining certain drivers of fragility and resilience. Thus, constructing community resilience from the bottom up can help relieve long-term pressures in fragile contexts. This means investing in more diverse livelihood opportunities and the capacity to address shared challenges.”

The project aligns with the Bank’s strategy for addressing fragility and building resilience in Africa to ensure sustainable, inclusive development. It also aligns with three of the Bank’s High five priorities; Improve the Quality of Life of Africans, Industrialize Africa, and Feed Africa. It is also in line with national and provincial development strategic plans to promote agriculture and industrialization.

The project also aligns with flagship initiatives such as Strategy for Resilience and Integrated Development of the North that aims to support the economy’s recovery and integrate development objectives in the north of Mozambique.