The US, along with several Western allies including Britain, has threatened to announce a wide range of new financial and economic sanctions against Moscow. 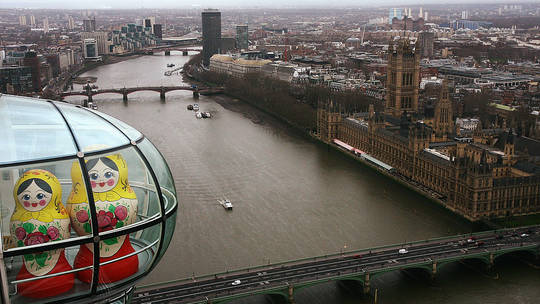 The British government is expected to introduce new legislation to expand the scope of sanctions London can apply to Russia in the event of a hypothetical war with Ukraine, according to UK Foreign Secretary Liz Truss.

“What the legislation enables us to do is hit a much wider variety of targets. So there can be nobody who thinks that they will be immune to those sanctions,” Truss said in an interview with Sky News.

The secretary has previously refused to rule out probable personal sanctions against Russia’s President Vladimir Putin if Russia were to invade Ukraine.

The threats of crippling penalties have been voiced since November, when Washington raised the issue of Russia’s probable military assault in Ukraine for the first time. Since then, the speculation has been persistently fueled and spread by Western media outlets as well as by European officials.

“Any company of interest to the Kremlin and the regime in Russia would be able to be targeted so there will be nowhere to hide for Putin’s oligarchs, for Russian companies involved in propping up the Russian state,” Truss, who is expected to visit both Ukraine and Russia in the coming weeks, explained.

“Nothing is off the table,” she said, when asked whether the new legislation could allow seizing property in London.

The official rhetoric on new sanctions comes amid global hype over Moscow’s recent amassing of troops in its regions bordering neighboring Ukraine, which has been treated by the US and the allies as evidence of Russia’s aggression towards Kiev and a preparation for an invasion.

The Kremlin, however, has repeatedly stressed that no such intentions exist and that movement of a country’s troops within its borders should not concern outsiders.

On Saturday, the UK authorities said it was considering making a major NATO deployment as part of a plan to strengthen Europe’s borders in response to the massing of Russian troops.

Meanwhile, Britain has provided lethal weapons to Ukraine to help it defend itself, as well as a small number of military personnel to provide training.

According to Truss, however, it is “very unlikely” British combat troops would be sent to fight in Ukraine.