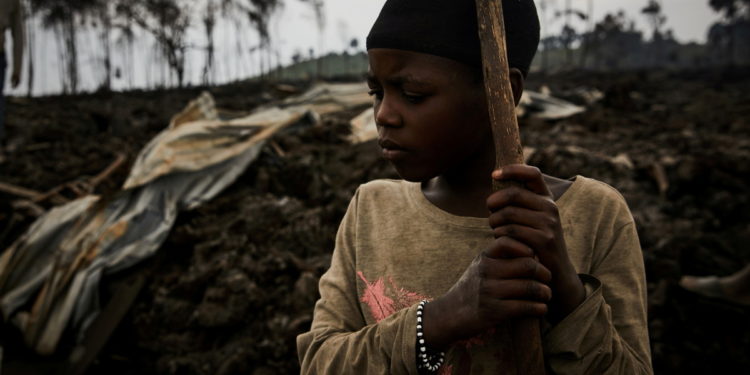 The lives of children in Ituri Province in the eastern Democratic Republic of the Congo are in danger following a resurgence of the Bubonic plague, a fatal bacterial infection transmitted by fleas.

The United Nations Children’s Fund, or UNICEF, attributed the plague’s reemergence for the first time in more than a decade to a combination of poverty and continuing insecurity in the area.

Research by UNICEF’s research unit Social Sciences Analytics Cell indicated that at least 578 plague cases and 44 deaths have been reported throughout Ituri since the beginning of last year.

At least 490 plague cases and 20 fatalities were reported in the health zones of Biringi, Rethy and Aru during the same period.

“The really worrying thing here is that we’ve got plague reported in areas which had not seen a case for more than 15 years, and many more cases in areas where they had very few or none previously,” said Izzy Moncrieff, field supervisor of the research unit, in a statement on Tuesday.

“There are grave consequences for children because they are more exposed to the risk factors of plague.”

Moncrieff said the plague is mostly transmitted by fleas carried by wild rats in rural areas, where the rats are attracted to poor sanitation and hygiene practices.

The fleas then infect domestic animals and livestock before the disease is eventually passed on to humans through flea bites. The disease is transmitted from person to person via respiratory droplets.

The UNICEF research report found that although communities are aware of aggravating factors which increase their exposure to plague, they have not taken any action to protect themselves and children due to poverty, conflict and displacement.

According to the Danish Refugee Council in DR Congo, 1.7 million people are currently displaced in Ituri.

In addition, 385 security incidents were recorded in the province between January and April, and 115 civilians were killed between the end of March and the beginning of May.

UNICEF said many people are unable to afford beds due to poverty, so they opt to sleep on the floor, increasing their vulnerability to flea bites. Unsafe funeral practices and poor waste disposal also worsen the situation.

The disease is treatable with antibiotics in the initial stages, which UNICEF said the medicine is available in most health zones in Ituri. However, if it spreads to the entire body, treatment becomes difficult and may lead to death.