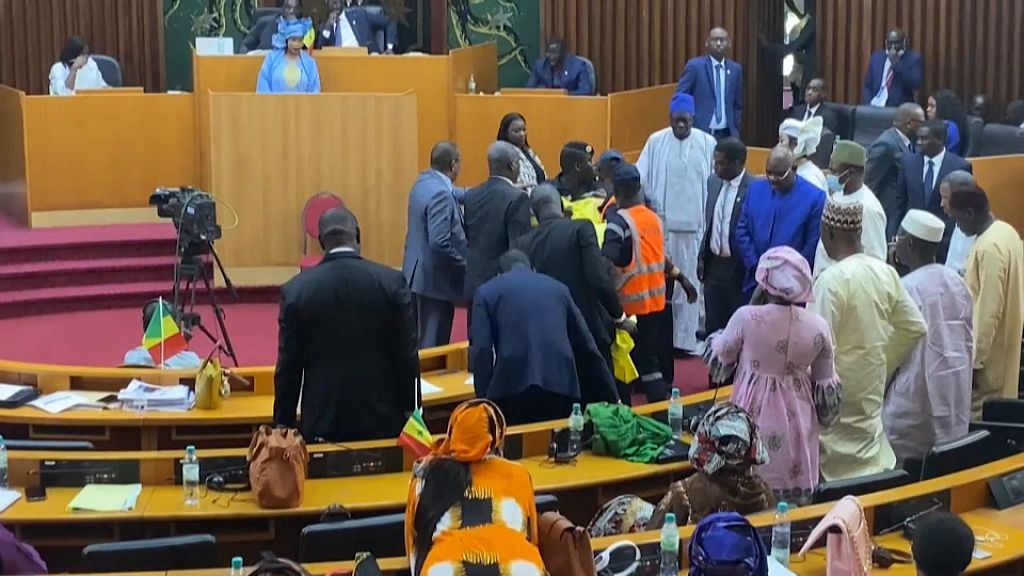 Senegalese authorities were searching for two male opposition lawmakers on Monday after they assaulted a female MP during a brawl in parliament last week.

MP Massata Samb slapped Amy Ndiaye and she received a kick to her stomach from Mamadou Niang during a justice ministry budget vote last Thursday. She was accused of insulting the religious leader of the MPs party.

Ndiaye threw a chair at Samb and a fistfight erupted among MPs before the speaker suspended the session. Some ruling party MPs said she was pregnant and taken to hospital.

Both members of parliament belong to the Unity and Rally Party (PUR), one of the groups which are part of the main opposition coalition. The party is led by Serigne Moustapha Sy, a religious leader who is not an MP but is very influential in Senegal.

Amy Ndiaye, mayor the Gniby (centre of Senegal) locality , was reportedly pregnant and was ushured to hospital, MPs of the ruling party alleged.

A complaint was filed Monday at the court in Dakar against the two MPs involved, Ndiaye’s lawyer told the press.

A senior police official, speaking on condition of anonymity, said that the officers were “on the heels” of the two men since Saturday after Dakar prosecutors launched proceedings against them.

“They went into hiding as soon as they found out that a case had been triggered against them,” the source added.

The violence in parliament was roundly condemned in Senegal and came during an annual UN-backed awareness campaign about violence against women and girls.