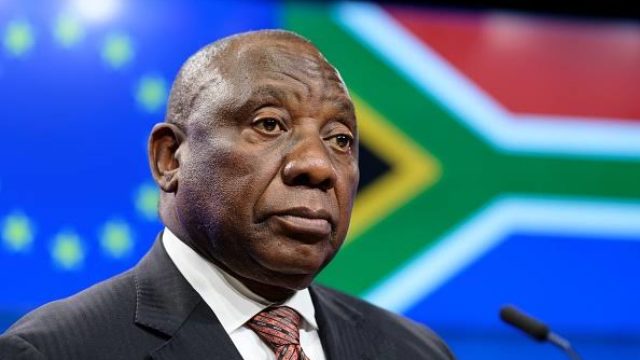 The country is four weeks into a strict police and military-enforced shutdown during which jogging, dog-walking and the sale of alcohol have been banned until the end of April.

Security forces have struggled to keep people indoors — particularly in overcrowded townships — and the police have been grappling with illegal alcohol sales, sometimes involving its own men.

In a letter to parliament tweeted by an opposition party leader, Ramaphosa announced his decision to deploy an additional 73,180 members of the South African National Defence Force (SANDF) until June 26.

The operation is expected to cost around 4.5 billion rand ($2.4 million / 2.2 million euros), said the letter, which was dated Tuesday.

In March, 2,820 soldiers were mobilised for the lockdown.

“If you look at the numbers and the rate at which the infection has gone up, you will realise that at some point we may actually need the kind of human deployment which has never been seen before,” Mapisa-Nqakula told local radio.

“We need to tighten and foresee (and) make sure that our people understand fully the dangers of getting this virus,” she said, adding that soldiers were also deployed to assist the public and medical personnel.

“People need to understand that the laws and regulations… have been put in place to protect them,” Mapisa-Nqakula added.

To date South Africa has recorded 3,465 cases of coronavirus, the continent’s second-highest number of infections after Egypt.

The death toll remains relatively low, with 58 fatalities recorded so far. But health experts are bracing themselves for an exponential increase in cases in September.

Ramaphosa imposed a 21-day lockdown from March 27 and has since extended the shutdown until April 30.

On Tuesday, the president announced a $26-billion relief package to support the economy and the vulnerable during the pandemic.