The coalition was established in January 2019, and led popular protests that forced the army to remove Omar Al-Bashir from power on 11 April last year after 30 years as President. 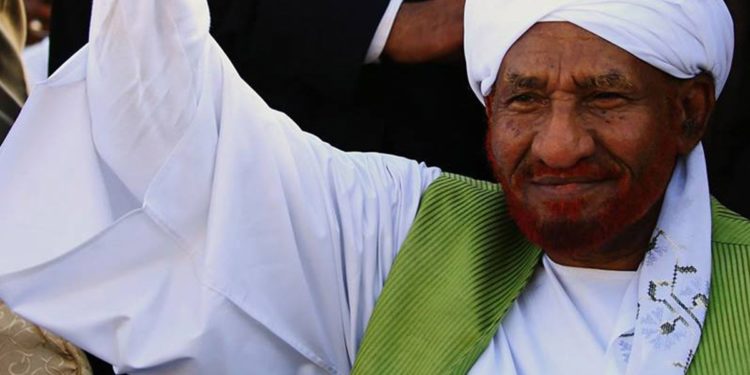 The National Ummah Party of Sudan announced on Wednesday that it is freezing its activities within the “Forces for Freedom and Change” coalition, Anadolu has reported. The party, which is led by Sadiq Al-Mahdi, is calling for a conference of the revolutionary forces to reform their structures during the transitional period in the country.

“Major flaws have been noticed in the performance of the transitional government in Sudan,” the National Ummah Party explained, “including the disruption of the positions of political leaders of the ‘Forces of Freedom and Change’, a disagreement concerning the powers of the transitional institutions and the non-respect of the constitutional document, on which all the arrangements for the transition period are based.”

The “Forces of Freedom and Change” launched negotiations with the interim ruling military council after Al-Bashir was ousted until the two parties signed the “constitutional document” for the transitional period.

“We call for a founding conference of the revolutionary forces from all the signatories of the Declaration of Freedom and Change inside and outside the structures of the coalition to study and adopt the new social contract toward reforming the structures of the transitional period,” added the party. “If our allies respond to this request, within two weeks, we will meet at the founding conference to agree on the desired radical reforms.”

The National Ummah Party is one of the most prominent within the Nidaa Al-Sudan Coalition, which is affiliated with the “Forces of Freedom and Change”, and includes a group of professionals, “National Consensus” and “Trade Union Federations” as well as other civil society groups.

On 21 August 2019, Sudan began a 39-month transitional period that is due to end with elections. During this period, the army and the “Forces of Freedom and Change” are sharing power.