The growing rift between EU leaders and their American counterparts has been reflected in public statements within the bloc and in Western media reports. 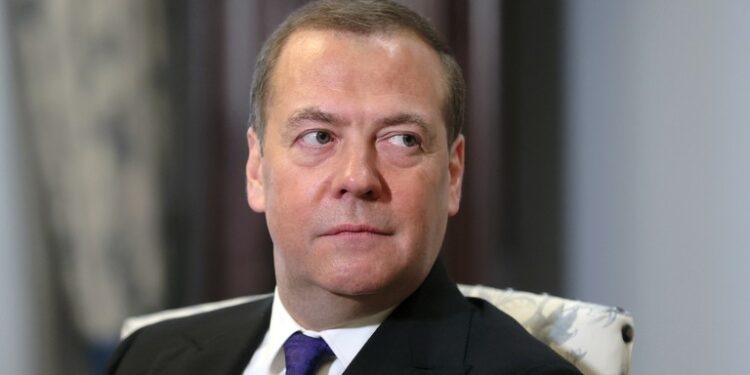 The “marriage” between the US and EU will likely end in divorce, following the obvious “economic cheating” by the American “alpha-male,” former Russian President Dmitry Medvedev has said. The remarks were made on Monday amid media reports that EU nations are becoming increasingly angry over what they see as American opportunism amid the Ukraine crisis.

The US “has no intention to share his income. On the contrary, he steals the last savings of his aging partner and pockets the money without any qualms,” Medvedev, the deputy head of Russia’s Security Council, wrote on his Telegram channel.

Washington increasingly makes the business conditions at home attractive to European companies and encourages other nations to buy its products, he noted. Meanwhile, the market for European goods is shrinking, in part because of its decision to decouple from Russia, he added.

“You can’t really trust those rich patrons. Just like that – Europe is off the allowance!” he said. The EU could “break up with its cheating … partner and start a new life of freedom,” but most likely they do not have enough resolve and “testosterone” for it, he added. In a nod to “political correctness,” Medvedev said he declined to define the genders of the characters in his metaphor.

Last week, Politico described a growing anger in the EU due to the perception that Washington is profiting from the crisis among the member states. Some of the bloc’s senior officials are irritated by the fact that US energy suppliers are selling liquified natural gas to EU nations at a price four times higher than at home, while military contractors are benefitting by “selling more weapons” to Ukraine, the article said.

EU officials also point to the US Inflation Reduction Act and the impact that the financial incentives for eco-friendly businesses that it provides will have on European companies trying to compete, and which are finding it difficult to cope with the record-high energy prices at home, Politico added.