Wang said that, currently, top priority should be given to dealing with the Taiwan question in an appropriate manner, and that any mishandling of it would disrupt China-US relations. 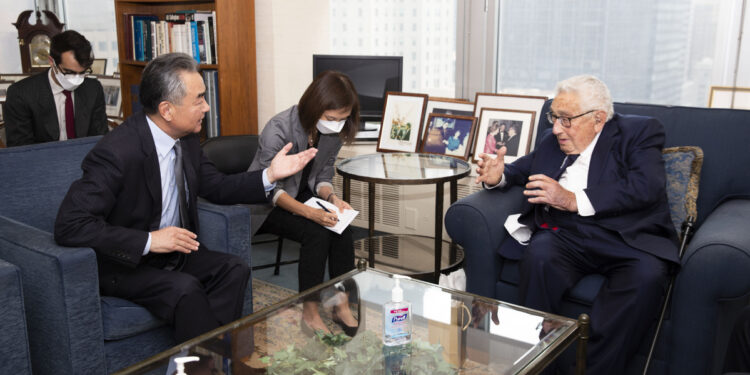 State Councilor and Foreign Minister Wang Yi has urged the United States to adopt a rational and pragmatic China policy and to properly handle the Taiwan question, saying that a new Cold War between Beijing and Washington would be disastrous for their bilateral ties and for the whole world.

Wang made the remarks on Monday during a meeting with former US secretary of state Henry Kissinger in New York on the sidelines of the United Nations General Assembly meeting.

He criticized US House Speaker Nancy Pelosi’s visit to the Taiwan region in August, the US Senate Foreign Relations Committee’s recent approval of the “Taiwan Policy Act of 2022”, and US officials’ remarks about intervening militarily to defend Taiwan. He said all of these have seriously challenged the three China-US joint communiques and severely damaged the political foundation of the bilateral ties.

US President Joe Biden had made the commitment that the US does not seek a new Cold War with China, does not aim to change China’s system, does not support “Taiwan independence”, that the revitalization of US alliances is not targeted at China and that it has no intention of seeking conflict with China, Wang said. However, he added, the US side’s words and deeds all run counter to Biden’s commitment. 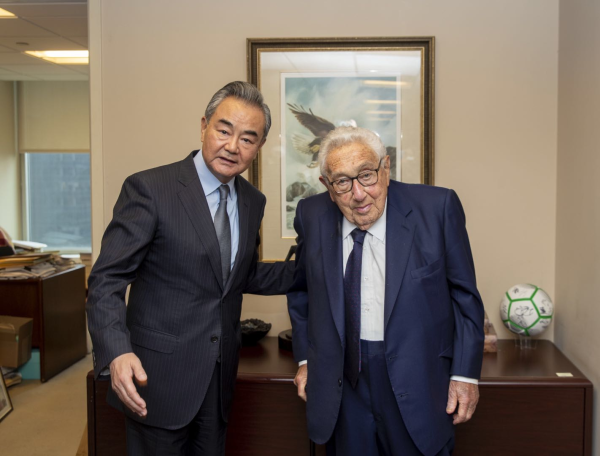 Wang reiterated that realizing Taiwan’s peaceful reunification with the motherland is “our best wish”.He warned that if the Anti-Secession Law is violated, China will take resolute actions to safeguard its sovereignty and territorial integrity in line with the law.

He stressed that the US must seriously honor the one-China principle and take a clear-cut approach to oppose and contain “Taiwan independence” if it has intentions of upholding peace and stability across the Taiwan Straits.

Kissinger said it should be fully recognized that the Taiwan question is extremely important to China. The United States and China should seek dialogue rather than confrontation and should forge peacefully coexistent bilateral ties.

Also on Monday, Wang met in New York with a group of business executives from companies that are members of the US-China Business Council, the National Committee on US-China Relations and the US Chamber of Commerce.

During that meeting, Wang assured the business leaders of the “certainties” of China’s development prospects, its determination to advance reform and expand opening-up, its policies regarding the US, its readiness to strengthen bilateral trade and economic cooperation, and its willingness to develop multilateral coordination with the US. 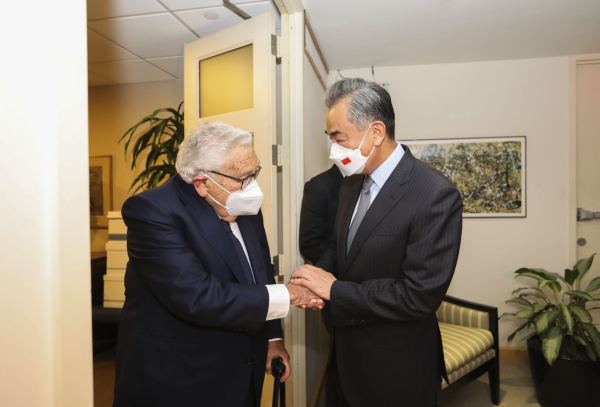 He rejected the US claim that China is the only country that is able to challenge the existing international system, saying that claim is not based on the fact.

Both China and the US should jointly abide by the UN Charter and the basic norms of international relations based on universally recognized international law, Wang noted.

The US business executives told Wang that US-China trade and economic cooperation has substantially benefited both countries, and that they remain committed to doing business in China for a long term.

“We communicated to Foreign Minister Wang that the commercial relationship has been of great benefit to both countries during the past almost 50 years and can be a catalyst for addressing some of our bilateral disagreements and cooperating on common global interests like climate change, public health, and food security,” said Craig Allen, the US-China Business Council president, in a news release after the meeting.