Matabeleland South provincial chiefs’ assembly chairperson Chief Masendu, speaking on behalf of traditional leaders in the province, said Gukurahundi could not be wished away. 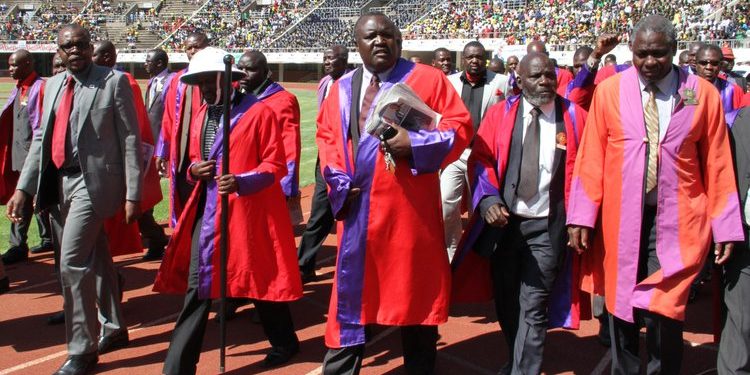 CHIEFS, once described by the late president Robert Mugabe as paragons of virtue, have called on President Emmerson Mnangagwa’s administration to publicly apologise for the Gukurahundi massacres that claimed an estimated 20 000 innocent lives in Matabeleland and Midlands provinces in the early 1980s.

Mnangagwa has opened dialogue on the emotive subject, but like his predecessor, he has not offered any apology for the mass killings.

His redress efforts have been dismissed as piece-meal, half-hearted and insufficient.

“Chiefs are the rightful people to handle the Gukurahundi issue because they belong to the people. We stay with them; they talk to us. What they want is an apology and compensation,” he said.

“Government must agree and openly apologise to the people. No other person can come from outside whom people can understand and relate to their issues confidently besides the chiefs.”

Masendu condemned the recent destruction of Gukurahundi memorial plaque at Bhalagwe in Maphisa, Matebeleland South province, and called on government to bring the culprits to book.

“This is beyond cruelty. Government must investigate this and anyone with information must come out in the open and assist the law enforcement agents to carry out investigations,” he said.

The plaque was erected by villagers in memory of victims of the Gukurahundi massacres buried inside the Bhalagwe mass graves.

On Wednesday, the Crisis in Zimbabwe Coalition said it was appalled by the destruction of the memorial plaque for the third time.

Over two decades later, there has been no compensation to the victims and surviving family members of Gukurahundi victims.

To justify the deployment of the North Korea-trained Fifth Brigade, Mugabe claimed arms cache had been uncovered on farms owned by Zapu and the ZPRA.

After the “discovery” of the weapons, Mugabe fired then Zapu leader Joshua Nkomo and Cabinet ministers Josiah Chinamano and Joseph Msika (all late), among others, from government on charges of plotting to overthrow his government, culminating in the Gukurahundi massacres.