Seven opposition parties in Malawi have announced the formation of a coalition ahead of presidential poll rerun ordered by the courts in February 2020. 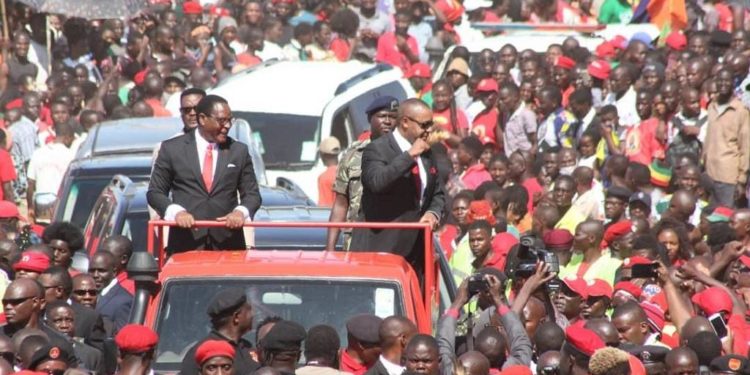 The coalition is led by two main opposition figures, Lazarus Chakwera of the Malawi Congress Party, MCP, and Saulos Chilima of the United Transformation Movement, UTM. Chakwera placed second in the annulled vote while Chilima – a former vice-president to Mutharika – came third.

In his address to supporters, Chilima stressed that the MCP & UTM alliance was not a personal alliance that is meant to benefit only a few.

Aside the MCP and UTM, leaders of five other parties signed onto the alliance, among them former president Joyce Banda who leads the Peoples Party, PP.

Thousands of people in party colours thronged to the Kamuzu Institute of Sports in the capital Lilongwe where the alliance was officially signed onto. This is against the backdrop of the COVID-19 outbreak that has forced most governments to ban gatherings. The country has no confirmed cases of the pandemic.

The country’s constitutional court annulled the May 2019 reelection of President Peter Arthur Mutharika after main opposition leaders filed a petition citing irregularities in the vote.

The rerun is slated for next month even though the process faces an executive hurdle after President Mutharika refused to sign the electoral reform bill passed by parliament.

He said it had portions that were unconstitutional whiles also refusing to fire heads of the Malawi Electoral Commission, MEC. According to him, the commissioners had not been given a fair hearing nor had they demonstrated any signs of incompetence or incapacity.