The anti-corruption watchdog is investigating at least eight more governors on abuse of office and corruption as the renewed war on graft continues to gather momentum. 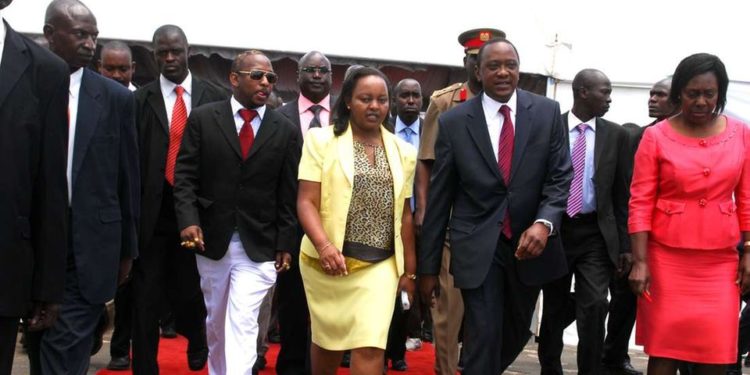 The anti-corruption watchdog is investigating at least eight more governors on abuse of office and corruption as the renewed war on graft continues to gather momentum.

It emerged that Ms Waiguru may be in more trouble than initially thought as the Ethics and Anti-Corruption Commission (EACC) widened its scrutiny in her county to include how the Sh77 million Mwea Makima Water Project was procured.

The Nation has learnt that the project, which was procured under tender number CGK/MOW/OT/038/2017-2018 and meant to supply water to 30,000 residents, was awarded to a company associated with a family member of a top official in Ms Waiguru’s administration. The project was launched in May last year.

Investigators says some of the expenditures under investigation were reimbursed to the county, but beyond the allowed time while some have never been returned.

Governors have already taken issue with how EACC is going after them, claiming, they’re being targeted unfairly.

“Cabinet Secretaries are not above the law. There are those who have stolen billions,” said Nairobi Governor Mike Sonko over the weekend.

“We don’t want governors to be the only ones being arrested,” he said.

In Marsabit, EACC is investigating the procurement of relief food that was reportedly bought last year at inflated prices.

The Nation understands that EACC detectives have been to the county offices a number of times seeking documents detailing how the devolved unit bought maize and beans, which were distributed to residents.

Among the top officials who have been questioned so far in Marsabit is Finance Executive Maliche Boru and the head of procurement Wario Jurumo.

In Kilifi, EACC is looking into two different issues. In the first, detectives are trying to unearth whether the county flouted any law in paying legal fees to different law firms from 2015 to 2019. The county has submitted files to the investigative agency for scrutiny.

Mr Kingi’s administration has also been asked to provide EACC with documents on how its 150-bed capacity Covid-19 Medical Complex was procured.

EACC wants 22 original files related to the procurement and equipping of the hospital, but it has been unable to get them so far. While opening the facility in May amid allegations of corruption, Mr Kingi denied any wrongdoing.

Six Kilifi county officials have been charged with obstructing justice by denying EACC access to the required documents.

“Surprisingly, it was after the colourful and much publicised launching of this temporary Covid-19 unit that hell broke loose,” Mr Kingi said.

Also in trouble on how Covid-19 funds were spent is Bungoma’s Wangamati,  whose administration allegedly bought jerricans at Sh10,000 apiece.

Investigations so far show that the firms that were awarded the tenders did not go through the procurement process.

For Ms Ngilu, EACC detectives are investigating whether her administration violated procurement laws and processes in the awarding of more than Sh150 million contracts.

Part of the investigations border on the procurement of pesticides at Sh8.3 million, procurement of booklets worth Sh37.4 million, Sh8 million paid to various insurance companies and installation of a Sh3 million outdoor billboard at the Kitui main bus station.

In July the Senate County Public Accounts and Investments Committee invited EACC to probe Ms Ngilu after she failed to convince them on how various procurements were carried out by her administration.

In Garissa, EACC is almost completing an inquiry into diversion of funds from the World Bank meant for infrastructure development projects.

According to investigations, part of the Sh233 million was illegally transferred to the departments of Water, Health and Garissa Water and Sewerage Company.

The rest of the money was withdrawn in cash and some of it used for development projects such as purchase of tanks, pharmaceutical drugs and spare parts for a borehole.

Governor Korane is among the officials who have so far been questioned over the scandal.

Also nearing a close are investigations into whether Elgeyo Marakwet’s Tolgos influenced the county to award a firm associated with him a multi-million-shilling tender for the supply of fuel.

According to EACC, the company in question, Kobcom Petroleum Limited, has been supplying fuel to the county for a number of years in contravention of procurement laws.

“We have information alleging you are a director of Kobcom Petroleum Limited, which supplied petroleum products to the county government of Elgeyo-Marakwet during the same period,” said a letter dated November 4 last year to the governor by EACC notifying him of the commencement of investigations.

Muranga’s Wa Iria may not be off the hook yet as investigations surrounding the purchase of a controversial piece of land in Kabati are still on course, the Nation found out. This is despite the county assembly recently approving the sale of the land, which was bought